Freezing the Fat Away: Study Suggests Cryolipolysis is Safe and Effective for Noninvasive Body Contouring

The complete findings of the new study are presented in the article, “Broad Overview of a Clinical and Commercial Experience with CoolSculpting,” appearing in the August issue of the Aesthetic Surgery Journal. 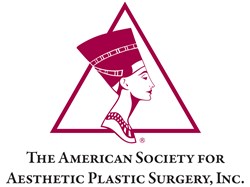 Since the approval of the first cryolipolysis device in 2010, what have been some of the trends in fat removal through controlled cooling? Have physicians seen the same safety and efficacy in practice as they have in clinical trials? And just how in-demand is this non-invasive body contouring procedure? Plastic surgeons from Southern California sought to answer these questions by conducting the largest, most comprehensive review of cryolipolysis to date, focusing on 528 consecutive patients treated with the CoolSculpting® device (manufactured by Zeltiq) at a single, multi-surgeon practice between January 2010 to December 2012.

The plastic surgeons found that cryolipolysis was highly effective at reducing subcutaneous fat volume and was associated with few adverse events: only three cases of mild or moderate pain/neuralgia were noted in the retrospective chart review, all of which rapidly resolved. They also found that the popularity of the procedure grew dramatically over the two years studied, with 823% more treatment cycles delivered in 2012 than in 2010, and a growing demand for the procedure among men. The complete findings are presented in the article, “Broad Overview of a Clinical and Commercial Experience with CoolSculpting,” appearing in the August issue of the Aesthetic Surgery Journal.

Of the 528 patients in this study, 76% were women (n = 403) and 24% were men (n = 125). Over the course of the study period, the male patient population grew in response to targeted advertising, ultimately comprising 42% of the patient population in the last quarter of the study period. The mean patient age was 46 years (range, 18-79 years), with a similar age distribution among men and women. Over the study period, 1785 anatomic sites were treated with 2729 cycles. The primary treatments sites were the lower abdomen (28%), upper abdomen (11%), left or right flank (19% each), inner thigh (6%), back (6%), and outer thigh (5%). Two-thirds (66%) of patients were new to the practice and presented specifically for CoolSculpting. Most (62%) had not previously undergone any type of cosmetic procedure. Forty percent (40%) of the new patients became established patients, later undergoing additional procedures such as cosmetic surgery, nonsurgical injectable treatment, skin care, laser hair removal, and skin resurfacing.

“This is an important large study which confirms the safety and efficacy of cryolipolysis”, said Foad Nahai, MD, Editor-in-Chief of Aesthetic Surgery Journal.

According to the American Society for Aesthetic Plastic Surgery (ASAPS), 313,011 liposuction procedures were performed in 2012, and liposuction was the top cosmetic surgery procedure for men.

About ASJ
The Aesthetic Surgery Journal is the peer-reviewed publication of the American Society for Aesthetic Plastic Surgery (ASAPS) and is the most widely read clinical journal in the field of cosmetic surgery, with subscribers in more than 60 countries.