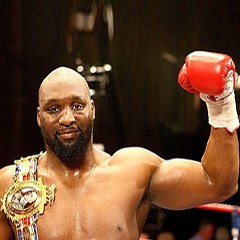 Says Lion Heart Boxing Promotions CFO Edward B. Mendy, “We see the potential of Abu Dhabi as Boxing Mecca and are excited to be the early movers in the space. Unlike other foreign boxing promotions companies that come to the UAE looking for handouts and government money to fund their fights, all Lion Heart Boxing Promotions’ events in the UAE to date have been funded without a red cent from any governmental body. We have put our money where out mouth is and we are proud to be promoting the first boxing event in Abu Dhabi. October 17, 2013 not only be historic, but also will an entertaining night to remember.”

Abu Dhabi has never hosted a live professional boxing event. All of the professional boxing events that have been produced in the United Arab Emirates to date have been hosted in Dubai with the only exception being a fight card held on March 29, 2013 at the Sharjah Sports Stadium, in Sharjah, when Dubai’s Mohammed Ali Bayat Farid (3-0) faced Turkey’s Shahin Aras in a six-rounder.

Abu Dhabi's only flirt with professional boxing occurred in April 2013, when Lion Heart Boxing Productions sponsored daily pro boxing exhibitions at the Abu Dhabi National Exhibition Center (ADNEC) free of charge to the public during the Abu Dhabi International Sports Exhibition (ADISE) 2013. ADISE, which brought the world of sports under one roof, was organized by UAE Jiu-Jitsu Federation under the patronage of H.H. Sheikh Mohamed Bin Zayed Al Nahyan, the Crown Prince of Abu Dhabi. These daily exhibitions during ADISE gave Abu Dhabi an opportunity to experience the excitement of boxing, albeit only in exhibition format. Featured boxers included Ihab Matbouli, Jordan’s first Olympian, and Said Ouali, who slated to fight on October 17.