Pascagoula attorney Scott Corlew was recently featured by the Jackson County Chamber of Commerce. The feature appeared in the print and online editions of The Mississippi Press and highlighted Corlew’s 16 years of experience in civil and criminal cases. 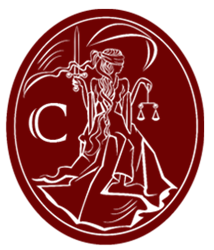 Before opening his own practice, Corlew spent 16 years focusing on litigation. He has tried more than 100 jury and non-jury trials

Attorney Scott Corlew was recently featured in the Jackson County Chamber Spotlight. The article appeared in the online and print editions of The Mississippi Press on July 16. Corlew talked about his humble beginnings and his current work as a civil and criminal litigator.

“The Jackson County Chamber of Commerce does a great job of supporting local businesses and one of the ways they do it is by featuring one of them as the Spotlight Business,” Corlew said. “I was honored to be featured this month.”

Some highlights of the article are:

-Corlew revealed his first job was as a clerk in a video store.
-A native of Pascagoula, Corlew said he followed in his father’s footsteps. His father was a local attorney and Corlew said he knew that after he graduated from law school he would return to his hometown.
-Corlew handles some high profile cases after Hurricane Katrina.
-He opened his own law firm in May of this year because he wanted to focus on the local community.
-The best advice he ever received was, “Whatever you do, if you don’t act like yourself, it won’t work.”

Corlew enjoyed sharing information about himself and his practice.

“I think that people will learn more about me because I was the Spotlight Business,” Corlew said. “So many people don’t see the “human” side of attorneys. As you can see, I worked my way up from video clerk to attorney!”

Before opening his own practice, Corlew spent 16 years focusing on litigation. He has tried more than 100 jury and non-jury trials. Corlew is also a licensed mediator and has worked to solve cases before they get into a courtroom. He is also active in his community, serving as a member of the Kiwanis Club, the Pascagoula Strategic Action Committee and as coach of several Singing River Youth Soccer Clubs. He is the current president of the Jackson County Bar Association.

About Corlew Law: Scott Corlew has 16 years of experience, focusing primarily on litigation. Corlew is licensed to practice law in all State and Federal courts in Mississippi. He currently serves on the Fee Dispute Resolution Committee for the Mississippi Bar Association and is a past board member of Mississippi Defense Lawyers Association. He is a member of the American Board of Trial Advocates and is currently serving as President of the Jackson County Bar Association. He is also currently a member of the ADR Section Committee for the Mississippi Bar, and is AV rated by Martindale Hubbell, the highest rating available to attorneys.