New Workplace poll from Zogby Analytics for The Marlin Company Workplace shows workers are in favor of higher insurance premiums being charged for employees with unhealthy habits such as smoking, drinking or overeating. 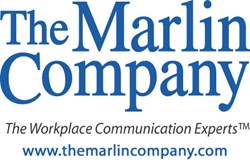 Attitudes in the American Workplace XV

Polling for The Marlin Company by Zogby Analytics®

Do you smoke? Got a big spare tire around the waist? Are you ignoring high blood pressure or a cholesterol problem?

If you have unhealthy habits – such as smoking, drinking or overeating – a significant percentage of American workers, 41%, say it would be OK with them if your company charges you more in individual health insurance premiums.

The findings, in a new national telephone poll done by Zogby Analytics for The Marlin Company, a Wallingford, CT, employee communications company, come as companies begin to offer employee incentives for good health and even institute penalties or charge higher premiums for those with such conditions as high blood pressure and obesity. The telephone poll of 751 American workers, conducted in June and July 2013, had a margin of error of +/- 3.7 percentage points.

“Considering that 69% of Americans are overweight and 19% smoke, having 41% agree with charging higher premiums shows that they like the incentive-based system,” said Frank Kenna III, President of The Marlin Company, which has conducted 15 national “Attitudes in the American Workplace” polls since 1995. “After all, we know that if we get in an accident, our car insurance rates will go up. Why shouldn’t the same principle apply to healthcare premiums? And an added bonus may be that workers with unhealthy habits could very well find the motivation to take much better care of themselves.”

The poll also showed that while 80 percent of workers said they believe their company cares if they are healthy, 29 percent said their company does not take the initiative to educate their employees about health and wellness. And 19% said that they or their family were holding off going to the doctor to treat aches or pains or other illness because of the cost.

About The Marlin Company
The Marlin Company, a workplace communications company, helps managers reach employees wherever they work, using the latest SaaS-based technology solutions, including flat screens and mobile devices. Designed specifically for the workplace, Marlin’s patented digital signage products are known for their ease of use, robust content options and flexibility. For 100 years Marlin has developed and delivered visual communication programs that engage, inform and motivate employees. Learn more about Marlin’s digital signage products and services at http://www.themarlincompany.com.

About this Survey
This survey was done for The Marlin Company, a Wallingford, CT workplace communications company, by Zogby Analytics, based on 751 interviews among a nationally representative sample of full- and part-time US workers. The margin of error is +/-3.7 percentage points. Zogby Analytics conducted live operator telephone interviews in June and July of 2013.