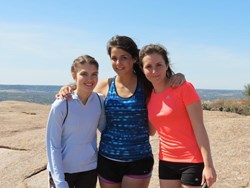 We need to recruit advocates for healthy outdoor recreation in our nation’s state parks. The America’s State Parks Ambassador Program addresses that need.

America’s State Parks announces its plans to recruit 2,000 new State Park Ambassadors. America’s State Parks is seeking young adults between the ages of 16 and 28 who enjoy the outdoors and like to write, blog, take pictures or videos, and use social media to communicate. Many wonderful outdoor gear prizes are being offered to new Ambassadors during summer and fall, 2013 as incentives to join the movement. National project sponsors include the Coca-Cola Foundation and Stihl, Inc.

ABOUT the AMERICA’S STATE PARKS AMBASSADOR PROGRAM
The State Park Ambassador Program is a youth-led movement started in 2010 that promotes and supports our national system of state parks, encourages healthy active outdoor lifestyles, connects people to nature, and increases public awareness of the value of the almost 8,000 “close to home” state parks around the nation representing some of America’s most valued natural, cultural and historic treasures. Ambassadors have a chance to win SUPER PRIZES this summer and fall. The GRAND PRIZE is a Camden 106 Old Town Kayak and accessories worth over $1,000, courtesy of Johnson Outdoors (Racine, WI). Details can be found at: http://www.AmericasStateParks.org/Recruit-Ambassadors.

About America’s State Parks
America’s State Parks (http://www.AmericasStateParks.org) is an alliance of public and private organizations established in 2009 to promote and enhance the collective national treasure that is the great park system found across our 50 states. With nearly 8,000 units and nearly three-quarters of a billion annual visits, America’s state parks are vital to the American quality of life. Leadership and governance for America’s State Parks comes from members of the National Association of State Park Directors (NASPD) representing every state and each region of the country. The Ambassador Program targeting young adults is America’s State Parks flagship program.

About the National Association of State Park Directors (NASPD)
Comprised of fifty state park directors, the NASPD (http://www.naspd.org) was founded in 1962. The mission of the Association is to promote and advance the state park systems of America for their own significance, as well as for their important contributions to the nation’s environment, heritage, health and economy.

"Consider that 6 million children are obese, tens of millions have high cholesterol, type 2 diabetes is on the rise and more than 8 million children have asthma. The Centers for Disease Control and Prevention has predicted that this may be the first generation in modern history where kids may not outlive their parents. Inactive, sedentary lifestyles and a disconnect from nature and outdoor recreation are driving factors in all of this.

"We have a national crisis. It’s past time to do something about it and parks should be a natural ally in our fight to overcome these ills. Recent studies show that spending as little as five minutes outdoors has a positive impact on physical and mental health.”

America’s State Parks is grateful to two major corporations – Coca Cola and Stihl – that have joined ASP in promoting this program designed to impact millennial age youth who are the future leaders of our country. Their sponsorship supports young adults engaging in active, healthy lifestyles in our country’s state parks.