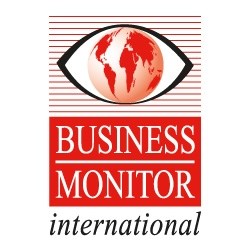 Russia is pumping post-Soviet record levels of oil and is likely to continue to see a short-term increase in both oil and gas production, but The Russia Oil & Gas Report warns that a high level of investment will be required to maintain this.

Business Monitor has just released its latest findings on Russia’s oil and gas sector in its newly-published Russia Oil & Gas Report. Russia is pumping post-Soviet record levels of oil and is likely to continue to see a short-term increase in both oil and gas production, but Business Monitor warn that a high level of investment will be required to maintain this. The country also faces pressure to diversify its gas markets, in view of slower demand growth expected from its core market in Europe and growing competition from other global gas suppliers.

Promises have been made to reform Russia's tax and regulatory system, upon which further development of the oil and gas sector hinges. The report identifies that the realisation of Russia's oil and gas potential lies in unlocking the political gridlock that is standing in the way of much needed tax and licensing reforms which would maximise the country's full oil and gas potential.

Russian oil production reached a post-soviet high of 10.53mn barrels per day (b/d) in H212, exceeding the 10.4mn b/d average pumped out in 2012. In the short term, Business Monitor expects oil production to trend slightly upwards as it ramps up production capacity from the remaining Soviet-era fields, while new projects manage to just replace production lost from ageing fields. Between 2013 and 2017, the report forecasts Russian production to remain relatively flat at around 10.4-10.5mn b/d. However, unless changes to its existing tax regime take place that encourage brownfield investments in the near future, Business Monitor predict that Russia's oil fortunes could be set for a slow decline from 2017 and fall to 10.1mn b/d by 2022. That said, any positive fiscal and regulatory changes that allow for greater market access could have a significantly positive effect on its long-term production outlook, given Russia's large below-ground potential.

Business Monitor forecasts that on the back of economic growth and demand from the transport sector, oil consumption, which was 3.11mn b/d in 2011, should edge towards 3.80mn b/d by 2017 - providing export potential of 6.68mn b/d. They believe oil consumption will further increase to 4.51mn b/d, leaving the country with net export capacity of about 5.63mn b/d.

Based on current projects Business Monitor believes gas production is on an upward trajectory. Output will continue to grow to 684.5bcm by 2018, driven by projects due to come online such as Gazprom's Chayadinskoye and Kovikitino field in East Siberia, and production from the South Tambeyskoye field feeding into Novatek's Yamal LNG project from 2016. Other projects, such as the Bovanenko gas development in Yamal, will also add to production growth. These will make up for production losses from maturing fields in the Nadym-Pur-Taz region.

Gas consumption is estimated to grow from an estimate of 514bcm in 2012 to 551.1bcm in 2017, which could further increase to 582.1bcm by 2022. The report identifies that upside risks to the long-term forecasts are particularly high: should Russian gas output be encouraged by fiscal reforms and the domestic gas market continue to rise in competitiveness, higher gas production will support demand growth.

A wildcard that Business Monitor believes could keep Russian gas production on an upward swing is shale oil and gas production. Gazprom is currently dismissive towards this unconventional resource but as the country's largest gas producer, its approach towards shale gas will have a huge bearing on the resource's growth prospects in Russia.
The report recognises that there is a pressing need for Russia to diversify its gas markets, and attempts to push into the growing Asian market could see an increase in activity in the Russian Far East.