Proposal Would Increase Speed Limits in Michigan to 80 MPH 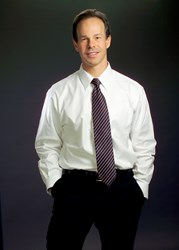 If Michigan increases its speed limit laws, we can say with absolute scientific certainty that more people will die and more people will be catastrophically injured. It’s just simple physics.

Sen. Rick Jones (R, Grand Ledge) is working on legislation that would increase Michigan speed limits to up to 80 mph, according to a recent story on Fox 17 News, "MI Senator considers law to raise speed limits."

While this may shave a couple minutes from Michigan drivers' commute time, the consequences for many people will be deadly, says attorney Steven Gursten, head of Farmington Hills-based Michigan Auto Law.

"If Michigan increases its speed limit laws, we can say with absolute scientific certainty that more people will die and more people will be catastrophically injured. It’s just simple physics. Higher speed car accidents will cause more carnage and more deaths," said Gursten, referring to a study by the Insurance Institute of Highway Safety (IIHS), "Relation of Speed and Speed Limits to Crashes" by Susan Ferguson, Ph. D. (June, 2005).

Gursten said the study conclusively links increases in speed limits with increases in car crash severity. This increases the risk of for serious injuries and means people will be killed because of the higher speeds involved in such car crashes, according to the IIHS study.

Here are a few more important points from the study:

Gursten added from his own legal experience that there's a new hazard that was not evaluated in the study that would make increasing speed limits in Michigan even more dangerous: The growing threat of texting while driving and of the dangers of distracted driving due to technology and cell phones.

"Everyone thinks they're safe drivers and a high speed car accident can never happen to you. But even if it is the other driver, when that driver is texting behind you and slams into your car at 80 mph or approximately 120 feet per second, what happens next is physics," Gursten said. "Not only does a car traveling at increased speeds make a crash more likely and less avoidable, but the higher speeds makes the risk of serious injury or death to the occupants of both vehicles much greater. It is a very bad combination.”

About Steven M. Gursten: Steven M. Gursten is an attorney and head of Michigan Auto Law. He is the president of the Motor Vehicle Trial Lawyers Association and serves as an executive board member of the American Association for Justice (AAJ) Traumatic Brain Injury Lawyer Group. Gursten also serves on the Michigan Association for Justice Automobile Accident No-Fault Committee and is a past-president of the AAJ Truck Accident Lawyer Litigation Group. Gursten speaks at legal seminars across the country on automobile accidents and insurance litigation. He is available for comment.

About Michigan Auto Law: Michigan Auto Law has 18 lawyers exclusively handling automobile accidents and No-Fault insurance litigation throughout the state. The law firm has received the top-reported jury verdict or injury settlement for a car or truck accident victim for the past 15 consecutive years, according to published reports by Michigan Lawyers Weekly. Michigan Auto Law has offices in Farmington Hills, Sterling Heights, Detroit, Grand Rapids and Ann Arbor. For more information, call Michigan Auto Law at (800) 777-0028.