Chemist Direct explores a study by University of Alabama at Birmingham (UAB) researchers on the mechanism of reward learning and the impact of the brains pleasure memories on human behaviour. 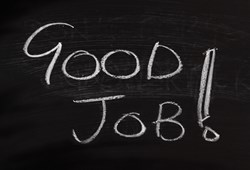 We believe reward memory may serve as a good model for understanding the molecular mechanisms behind many types of learning and memory.

The human brain is a thinking organ that works as the control centre for the entire body’s nervous system. The brain is divided into regions, each one controlling specific functions, from physical activity to communication skills and thought patterns.

The brain has the capacity to imagine, create and make decisions, it can also learn from past experience and make judgments based on perception, behavioural sequences, reflexes, instincts, emotions, thinking and other integrative activities.

The ability to store experiences, using multiple sensorial stimuli, and to then compile that data into a single memory that can be analyzed and leaned from, is a unique feature that has fascinated the scientific community for millennia.

Chemist Direct has discovered researchers have been able to trace two types of memory recording abilities down to the structural and even the molecular level in recent years, showing that memories are stored throughout many brain structures in the connections between neurons, and can even depend on a single molecule for their long-term stability.

Short-term memories, like where the car is parked or what you ate for lunch, are processed in the front of the brain in a highly developed area called the pre-frontal lobe, according to McGill University and the Canadian Institute of Neurosciences, Mental Health and Addiction.

Short-term recollection is translated into long-term memory in the hippocampus, an area in the deeper brain that helps to solidify the pattern of connections that form a memory, but the memory itself depends on the solidity of the connections between individual brain cells.

According to McGills, the hippocampus takes simultaneous memories from different sensory regions of the brain and connects them into a single "episode" of memory, and as memories are played through the hippocampus, the connections between neurons associated with a memory eventually become a fixed combination. 1

In turn, the cells of the brain depend on proteins and other chemicals to maintain their connections to each other and to communicate with one another. Scientists at NYU, the Medical College of Georgia and elsewhere have shown with experiments in animals that removing or changing just a single chemical or molecule can prevent the formation of memories, or even destroy memories that already exist.

At its most basic level for survival, the brain circuits are programmed for recognising patterns in memory types, this includes what to fear, what to seek out (reward), how to move (motor memory) and navigate (place memory). The same systems also connect in our mind's environmental cues with actual pleasures to form reward memories.

Eating rich food tastes good because it delivers energy and sex is desirable because it creates offspring. Key details of the way nerve cells in the brain remember pleasure are revealed in a study by University of Alabama at Birmingham (UAB) researchers published in the journal Nature Neuroscience.

"We believe reward memory may serve as a good model for understanding the molecular mechanisms behind many types of learning and memory," said David Sweatt, Ph.D., chair of the UAB Department of Neurobiology, director of the Evelyn F. McKnight Brain Institute at UAB and corresponding author for the study. "Our results provide a leap in the field's understanding of reward-learning mechanisms and promise to guide future attempts to solve related problems such as addiction and criminal behaviour."

The brain's pleasure centre is known to proceed through nerve cells that signal using the neurochemical dopamine and generally is located in the VTA. Experiments that blocked those chemical changes -- a mix of DNA methylation and demethylation -- in the VTA prevented rats from forming new reward memories.

When methylation occurs near a gene or inside a gene sequence, it generally is thought to turn the gene off and its removal is thought to turn the gene on. This back-and-forth change affects gene expression without changing the code we inherit from our parents. Operating outside the genetic machinery proper, epigenetic changes enable each cell type to do its unique job and to react to its environment. 2

Addiction to all four major classes of abused drugs -- psychostimulants, opiates, ethanol and nicotine -- has been linked to increased dopamine transmission in the same parts of the brain associated with normal reward processing.

The molecular events that form such "reward memories" appear to differ from those created by drug addiction, despite the popular theory that addiction hijacks normal reward pathways. "We observed an important distinction, not in circuitry, but instead in the epigenetic regulation of that circuitry between natural reward responses and those that occur downstream with drugs of abuse or psychiatric illness," said Jeremy Day, Ph.D., a post-doctoral scholar in Sweatt's lab and first author for this study.

"Although drug experiences may co-opt normal reward mechanisms to some extent, our results suggest they also may engage entirely separate epigenetic mechanisms that contribute only to addiction and that may explain its strength."

The study demonstrated that reward-related experiences caused both types of DNA methylation known to regulate gene expression. One type involves attaching methyl groups to pieces of DNA called promoters, which reside immediately upstream of individual gene sequences (between genes), that tell the machinery that follows genetic instructions to "start reading here." "When designing therapeutic treatments for psychiatric illness, addictions or memory disorders, you must profoundly understand the function of the biological systems you're working with," Day said. "Our field has learned from experience that attempts to treat addiction with something that globally impairs normal reward perception or reward memories do not succeed. Our study suggests the possibility that future treatments could dial down drug addiction or mental illness without affecting normal rewards." 3