A New Kingdom in the land of Hip Hop / R&B 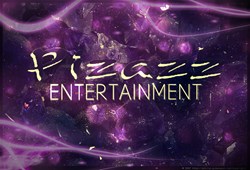 We are not focused on the outward bling typically associated with the word 'Pizzazz.' Our meaning is more about the elegance and style that comes from the inside and shines through brilliantly. Our perspective is slightly different and so is our name.

Pizazz Entertainment was originally formed in 2011 as a music production company that quickly developed into a record label within a few short months of signing their premiere artist, Joe Sig.

Pizazz was created by the master mind of Brian "B Sharp" Howard, a proven leader and successful businessman, whom has always had a passion for genuine Hip Hop and soulful R&B music since – forever. "The label is the evolution of the production division, B-Sharp Entertainment that I started back in 2009," Howard explains.

"Here at Pizazz," Howard continues, "We are not focused on the outward bling typically associated with the word 'Pizzazz. Our meaning is more about the elegance and style that comes from the inside and shines through brilliantly. Our perspective is slightly different and so is our name." Howard describes Pizazz as a state of being that does not need to be announced or described with an adjective. "When a member of a royal family is identified, people don't see that person and say there goes a regal person. It is understood by all that knows."

Frustrated with the quality of the music being presented, Brian invested in a state of the art recording studio in 2011. Once the vision had been built, real MCs and producers began to come and a production house division was formed. Soon distribution, marketing, and publicity were all added and the result is Pizazz Entertainment, a full service record company or as Howard titles it, "The Kingdom. Our mission is to create a Kingdom [avenue] where talented artist can create sophisticated music of any genres that music lovers can appreciate," Mr. Howard explains.

"Our goal is to have music lovers embrace the music from the Pizazz Entertainment Realm and help us share it worldwide with bloggers, radio, retailers and all," the CEO boldly states. "Including having Pizazz Entertainment listed with nominees and winners of such awards as The LIBBY's, The Grammy A2IM, and all who share in a love for good music that the industry is in dire need of right now."

A full service label is committed to ensuring that all efforts are fully utilized to build artist's brands and to deliver awesome music, all while developing life-long relationships with fans referred to as The Royals throughout the kingdom that is Pizazz Entertainment.