Recent study on values reveals that money and power are less important than one’s connections with fellow human beings. The study was conducted by Queendom.com and PsychTests.com in 2012 and 2013, using their Values Profile Test. 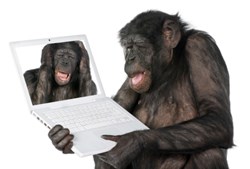 Perhaps part of what’s behind this obsession with social media is the desire to re-connect with humanity, to get a sense of belonging.

With recent debates about whether Facebook should come with a warning label due to its addictive nature and exacerbation of asocial behavior, it’s difficult to believe that social values matter anymore. In fact, Nielsen’s consumer report reveals that on average, people spend 6.5 hours on social media sites. Does this mean that actual face-time with friends and family has become unimportant? Not so, according to a study by Queendom.com. Social values are still important – in fact, they are a lot more significant than people would expect.

When a person sees more value in the beauty of nature than in a nice, juicy paycheck, there are two possible conclusions most people would come to: the person is either a tree-hugging fruitcake, or he/she has reached an important level of personal growth and maturity. In which case, we are all a little nutty – or self-actualized, depending on one’s point of view.

Based on data collected by Queendom.com, the value of money and power on a personal level is only moderate at best, and has actually taken a backseat to social values.

This revelation comes on the tail end of another study on career motivation conducted by the online testing guru, which also showed a drop in the desire for money and power. Much like the decreasing impact of financial compensation as a motivator, Queendom’s analysis of 2,163 people who took the Values Profile indicates that money and even power are becoming less important.

The researchers at Queendom.com assessed 6 categories of values: Social, Aesthetic, Theoretical, Traditional, Realistic, and Political, broken down into 34 different facets. The top five values, according to Queendom’s data, include the following (on a scale from 0 to 100, with a higher score indicating greater importance):

Out of 34 values, Financial Security came in 24th place overall (score of 54) and Power in 29th (score of 51). In addition, while Religion/Spirituality only ranked 31st on the list of values, the Ethics/Morals value was considered important, placing 10th with a score of 67.

“The decrease in importance of money is notable,” points out Dr. Jerabek, president of the company. “One would think that the personal value of money would vary depending on whether a person is financially well-off or not, but this wasn’t the case at all. In fact, when we compared the value scores of people with upper and lower socio-economic status, their results on the Financial Security value was exactly the same, with a score 54 – indicating that this value is only of moderate importance in people’s lives, regardless of their income tax bracket. In fact, there was very little difference in scores as it relates to socio-economic status. Both groups placed high importance on social values. These are noteworthy results – and refreshing too.”

“Social media does have several disadvantages, summarizes Dr. Jerabek. “No matter where you go, you’ll likely see people with their heads down, glued to their phones. If you walk into a restaurant, you’ll see couples who are supposed to be on a date or parents and children having a ‘family’ meal, where at least one member of the party will be engaged with their phone rather than actual conversation. Social media does, however, allow people to cross barriers of distance more than ever before. That doesn’t mean it should replace one-on-one contact – only enhance it.”

“Granted, relationships with most Facebook or Twitter friends are superficial at best, and may simply create an illusion of being part of a social circle; it may mask the need for a real connection. But there is no denying that the need is still there, and it’s running strong. Perhaps part of what’s behind this obsession with social media is a subconscious desire to re-connect with humanity, to get this sense of belonging,” suggests Dr. Jerabek “That may sound rather idealistic, but so does the belief that people value the beauty of nature more than money – and this recent study just proved it.”

JOB SATISFACTION
Those who are happy with their job outscored their less satisfied counterparts on every value assessed, including:

Those who wish to take the Value Profile can go to:
http://www.queendom.com/tests/access_page/index.htm?idRegTest=3318

Queendom.com is a subsidiary of PsychTests AIM Inc. Queendom.com is a site that creates an interactive venue for self-exploration with a healthy dose of fun. The site offers a full range of professional-quality, scientifically-validated psychological assessments that empower people to grow and reach their real potential through insightful feedback and detailed, custom-tailored analysis.