The R. M. Santilli Foundation is sponsoring studies on faster than light (superluminal) communications to promote the development of new communication technologies as well as to attempt contact with extra terrestrial civilizations since the speed of light is excessively slow for galactic distances. For details on the workshop, please visit http://www.santilli-foundation.org/isomathemat-work.php 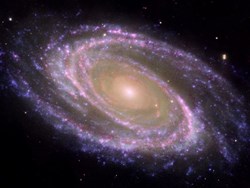 Fig. 1. The speed of electromagnetic waves is excessively slow for intergalactic communications due to distance of the order of thousands of light years, thus mandating the search for superluminal c

The ongoing search for extraterrestrial intelligence via electromagnetic signals can at best produce primitive civilizations due to their excessive slowness for interstellar communications.

The R. M. Santilli Foundation is sponsoring studies on faster than light (superluminal) communications to promote the development of new communication technologies as well as to attempt contact with extra terrestrial civilizations since the speed of light is excessively slow for galactic distances. The studies will be conducted as part of a workshop September 22 to 26, 2013, in Rhodes, Greece. For details on the workshop, please visit http://www.santilli-foundation.org/isomathemat-work.php

As confirmed everyday in particle accelerators, the speed of light is the maximal possible speed for point-like particles moving in vacuum due to various reasons, including the violation of causality and other laws for speeds bigger than that of light in vacuum. However, the Italian-American scientist R. M. Santilli noted in 1982 that extended particles moving within physical media can have arbitrary speeds since accelerations can be caused in this case by contact interactions that carry no potential energy. Santilli then predicted speeds bigger than the speed of light in vacuum for the constituents of protons, neutrons and other strongly interacting particles called hadrons (see http://www.santilli-foundation.org/docs/Santilli-102.pdf).

Subsequently, Santilli worked out in 1983 the novel isomathematics and a corresponding generalization of the basic symmetry of special relativity today called the Lorentz-Santilli isosymmetry for extended particles moving within physical media for which the maximal speed is arbitrary under the full verification of causality and other lawsFollowing these initial advances, Santilli conducted systematic mathematical and theoretical isotopic generalization of every aspect of special relativity resulting in a covering relativity today known as Santilli isorelativity which constitutes the foundation of the isotopic branch of hadronic mechanics (see the report http://www.santilli-foundation.org/docs/Isorelativity-final.pdf).

The first experimental verification of Santilli isorelativity was provided by the synthesis of the neutron from the hydrogen atom in the core of a star for which relativistic quantum mechanics is inapplicable because the mass of the neutron is bigger than that of the hydrogen atom thus causing the inconsistency of quantum equations. In this case, a necessary condition to represent all characteristics of the neutron is that, when compressed inside a proton, the electron must travel at tangential speeds bigger than that of light in vacuum (see the general review http://www.i-b-r.org/Rutherford_Santilli_neutron.htm). Additionally, the fit of experimental data in particle physics without the usual aphoristic assumption of special relativity, has established the need for superluminal speeds inside hadrons (see Volume IV of R. M. Santilli, "Hadronic Mathematics, Mechanics and Chemistry," Volumes I, II, III, IV and V, International Academic Press 2008, http://www.i-b-r.org/Hadronic-Mechanics.htm).

The German scientist G. Nimtz has achieved superluminal communications with the transmission of a Beethoven symphony up to fifty times the speed of light in vacuum through special guides. thus activating contact interactions caused by stray fields in the internal walls of the guides (see the report G. Nimtz, G. Foundations in Physics, Vol. 1193, 2011). Superluminal speeds are interpreted by Nimtz via tunnel effects compatible with special relativity or by Santilli via stray fields in the interior walls of the guides that are not representable via relativistic quantum mechanics.

An experimental collaboration at CERN headed bu the Italian scientist A. Ereditato measured in 2012 neutrinos traveling undergrounds from the Geneva Laboratory in Switzerland to the Gran Sasso Laboratory in Italy at superluminal speeds (see the report http://www.santilli-foundation.org/docs/OPERA-experiment.pdf). However, these results were opposed by supporters of Einstein theories currently controlling CERN who changed the data elaborations without redoing the experiments and published a claim that neutrinos were moving at subluminal speeds 9see the report N. Yu et al., Phys. Rev. Lett. Vol. 109, page 70801, 2012, and the report on the Superluminal formulation R. M. Santilli http://www.santilli-foundation.org/docs/Isorelativity-final.pdf), although special relativity cannot be consistently formulated undergrounds due to the lack of inertial reference frames, the No reduction Theorems, and other shortcomings, and cannot be experimentally tested underground due to the lack of propagation of light and other reasons.

Among the various possible forms of extraterrestrial communications, particularly promising, because directional and propagated by the ether through matter or in empty space at a large multiple of the speed of light, appear to be longitudinal impulses called ether called etherinos that expected in the synthesis of the neutron from a hydrogen atom and other mechanisms and are currently detected as being due to the hypothetical neutrino (see the report http://www.santilli-foundation.org/docs/EtherinoFoundPhys.pdf).

Fig. 2. When the proton is represented as an extended particle via the covering hadronic mechanics, the spin of the neutron in its synthesis from a hydrogen atom is accounted for by the orbital motio