Suunto Ambit 2 and Garmin fenix are the top navigation and fitness GPS watches on the market today, says Heart Rate Watch Company, but which watch is better for you? 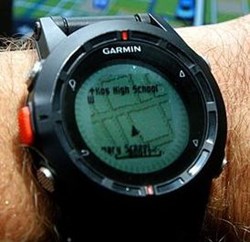 Suunto Ambit 2 has gained ground on Garmin fenix in the navigation category by adding trackback in the recent 1.5 software update according to the Heart Rate Watch Company.

"Garmin fenix can still mark 1,000 waypoints whereas Suunto Ambit 2 does 100, but other than this the watches are on a fairly even parity now for navigation," says Squire. He adds, "Military guys with navigation as a priority might still want the fenix."

Which is Right for You?

Suunto Ambit 2 has never had any vapor or water issues like the Garmin fenix did initially according to Squire.

"Suunto Ambit 2 Sapphire with its sapphire crystal is definitely the most rugged watch on the market today as the Garmin fenix and the rest of the Ambit 2 watches use quartz crystals," says Squire.

On battery life the two watches are practically identical running roughly 15 to 16 hours in one second recording and up to 45 hours at one minute. "Suunto Ambit 2 just added a 5 second recording option which should make ultra-marathon runners happy," says Squire.

"If you need help deciding which watch best fits your personal criteria then simply call us at 866-586-7129," says Squire. He adds, "We use, test and know these watches inside and out."