For the first time, men and women selling sex indoors in Ireland have been asked about their lives by UglyMugs.ie, and the findings harshly contradict the popular media image of sex workers in Ireland. 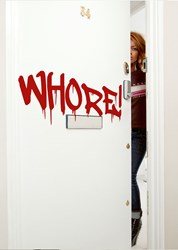 There has never been any independent research into indoor sex work in Ireland. Instead of asking sex workers about their lives, we ask anti-prostitution campaigners.

UglyMugs.ie invited Irish indoor sex workers to take part in the research, which aimed to learn more about escorts in Ireland and particularly about their experiences of crime and abuse. This is the first ever survey of indoor sex workers in Ireland and 195 female, male and trans* escorts took part. Although the survey cannot be considered representative of all persons selling sex in Ireland, 195 participants is a very significant proportion of the Irish sex worker population.

The escorts who took part in the survey were from 29 different countries. Most were aged in their 20s or 30s and highly educated. Just over half had worked in sex work in another country prior to becoming an escort in Ireland. 97.3% were self-employed independent escorts, though 33.3% had experience of working for a third party, e.g. an escort agency, in Ireland or elsewhere in the past.

Despite it being popularly reported in the media that children are involved in prostitution, there was no evidence of the involvement of any under 16s and only one participant was aged under 18.

Participants reported low alcohol and drug use, high condom use, and taking a number of security measures whilst working as an escort, the top ones being not getting in cars with clients (65.3%), taking more precautions when it is a new client (58.1%) and not working alone (41.1%) despite the laws in both the Republic of Ireland and Northern Ireland that force escorts to work alone if they want to work legally.

Ireland’s sex worker population overwhelmingly works indoors with access to phones and the Internet, which is safe conditions, in comparison to outdoor sex working. However, many of the participants reported experiences of a wide range of crime and abuses. It is also clear that a wide range of persons commit crime against sex workers in Ireland, not only clients.

66.7% of participants who had been a victim of crime whilst working as an escort in Ireland did not report to the police. The high level of stigma associated with being an escort being the primary barrier to engaging with police.

Participants said that other escorts were the biggest source of help to them after experiencing crime. The research confirmed that currently there are no useful support services for escorts in Ireland, but escorts would welcome the establishment of a variety of sex worker support services.

Fear of media exposure amongst escorts in Ireland is very high, even higher than fear of crime, with 74.6% of participants worried or very worried about being exposed as an escort in the newspapers or other media.

The full report outlines that a number of factors put escort at risk of violence and abuse. The lack of support services and good relations with police, mean offenders specifically target escorts, in the belief that they are people in society without any help, who offenders can abuse with a very low risk of facing any consequences as a result. The media portrayal of escorts as people with no rights, no choices, helpless victims who can't say no to anything or anybody, is also sending a very dangerous message to offenders.

UglyMugs.ie is a scheme that aims to improve the safety of sex workers in Ireland and reduce crimes committed against them, by bringing sex workers together to share information about potential dangers.

Commenting on the research, UglyMugs.ie said:

There has never been any independent research into indoor sex work in Ireland. Instead of asking sex workers about their lives, we ask anti-prostitution campaigners. As our initial research here has shown, the Irish public are being grossly misled. Proper independent research must now be carried out now to establish the reality of indoor sex work in Ireland, so sensible legislation can be put in place.

The full report, Crime and Abuse Experienced by Sex Workers in Ireland, 2013 Victimisation Survey, can be downloaded at: http://www.safeiq.com/publications/victimisation-surveys/.