"I am going to Change the World Again," States Nathan Schulhof, President of Future Technology Company

The Inventor of the MP3 player is back and energized to change our lives once again. He is looking for accredited investors to bring FTC to public in 2014. 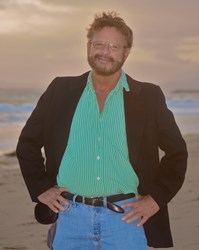 Future Technology Company intends to be a publicly traded company in 2014.

Mr. Schulhof is best known for his association with Apple Inc. commencing in 1980; inventing the MP3 Player; then co-founding and designing the most powerfully low voltage solar charger on the market today http://www.solarjoos.com; as well as other firsts which can be reviewed on his website http://www.nathanschulhof.com.

Schulhof claims that Future Technology Company, the specialist in low energy, will be one of the world leaders, in not only LED Lighting, but total energy efficiency which is being explained on a nationwide tour. Nathan has embarked on promoting his corporation, Future Technology Company, and its approach to technologies that make a difference in people's well being.

Schulhof predicts that he'll have such overwhelming public support through his tour, he will be literally forced to become public in 2014, and so he has planned on adding a significant amount of new accredited shareholders to his company. "Future Technology Company intends to be a publicly traded company in 2014 while planning on sharing the vision of energy savings and a better living through technology," proudly comments Schulhof.

Mark Sonder Productions offers exclusive and non-exclusive relationships with headliners, musicians, comedians, theatrical productions and lecturers. The chief entertainment officer, Mark Sonder, is an entertainment industry expert and he has represented clients and end users in the U.S.A. and abroad.