Event Entertainment Agency President is the Publicity Agency of Record for FTC, a company developing a series of products based on new, innovative alternative green energy that will revolutionize the consumer electronics industry. 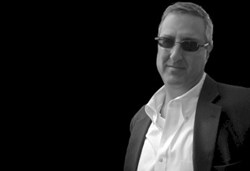 Sonder's well written how to book, "Event Entertainment and Production," as well as his company's press releases caught the eye of the Chairman of FTC, Nathan Schulhof inventor of the MP3 Player, as well as how Sonder runs a successful, detail oriented, music and talent agency. Mr. Schulhof is one of Sonder's exclusive speakers for his agency sending Schulhof from Utah to India.

Schulhof claims that Future Technology Company, the specialist in low energy, will be one of the world leaders, in not only LED Lighting, but total energy efficiency which is being explained on a nationwide tour Nathan has embarked on promoting his company Future Technology and its approach to technologies that make a difference in people's well being.

Schulhof predicts that he'll have such overwhelming public support thru his tour, he will be literally forced to become public in 2014, and so he has planned on adding a significant amount of new accredited shareholders to his company. "Future Technology Company intends to be a publicly traded company in 2014 while planning on sharing the vision of energy savings and a better living through technology as the ability to make proper choices come to fruition," proudly comments Schulhof.

Our planet is moving towards a direction of more efficient and less destructive energy sources from low voltage consumer electronics and Mark Sonder with Future Technology Company plan to be a part of it.