The Ponemon Institute’s new survey shows improvement in some areas of emergency incident response, but also spotlights some big concerns that most businesses need to address for their response plans to be, and stay, effective. GDF’s founder weighs in on some of the results and talks about the importance of regular reviews and testing which are instrumental in keeping incident response measures up-to-date and potent. 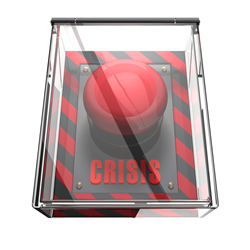 Integrity and public trust are valuable business assets, and if they take a hit, the bottom line will suffer

The Ponemon Institute released the 2014 results from their second annual survey on data breach preparedness sponsored by Experian on Wednesday, and some of the trends were certainly promising. There was a 12% uptick in how many companies have data breach response plans, previously 61%, a 5% increase in how many had emergency response teams in place, a 10% rise in the number of companies that have privacy and data protection awareness programs, from 44 to 54%, and a surge in companies that are making data breach or cyber insurance policies a part of their emergency preparedness plans, increasing more than twofold, from 10% to 26%, compared to last year’s survey.

Some other numbers, however, were not good news. 43% of those surveyed said they had experienced a data breach, up 10 percentage points from the 2013 survey, and of those, 60% said they suffered more than one breach in the last two years, compared to 52% in 2013, which according to Joe Caruso, founder and CEO/CTO of Global Digital Forensics (GDF), a premier provider of cyber security solutions, are probably much higher numbers in reality.

“Data breaches are notoriously under reported by businesses of all sizes. Integrity and public trust are valuable business assets, and if they take a hit, they know their bottom line will suffer. So many businesses make even the discussion of being breached or hacked taboo turf when it comes to anyone on the outside. If it wasn’t for the regulatory compliance rules many industries face, and the threat of severe sanctions and/or fines for failure to comply, total radio silence would be par for the course. And even with all the regulations, it’s quite common for business victims to do everything in their power to keep as many details under wraps as possible. But that’s just trouble waiting to happen, because once a breach is exposed that a business tried to sweep under the rug and out of sight, customers, associates, investors and vendors all feel betrayed, and then their bottom line will suffer exponentially, often irreparably.”

While the survey showed more business than ever have response plans in place, it also shows that only 30% of those businesses feel their plans will be at least effective, with the same amount feeling their plans are ineffective, 17% unsure, and the rest somewhere in the middle.

“Those are troubling numbers,” says Caruso, “and according to the survey, a lot of that skepticism comes from the “set it and forget it” mentality many business employ when it comes to setting up and maintaining their plans. Only 22% could make the claim that they review and update their response plans at least once a year, which should be the bare minimum. All the rest either have no defined timeframe for reviews and updates, or have not done it even once since their plans were first devised and implemented. That’s a recipe for disaster. Threats are evolving every day, technologies changes all the time, new business needs and practices continuously emerge, and if your emergency response plan is going to be effective, all of that has to be accounted for. That’s what we help clients do, assess their vulnerabilities and test for weak links in their cyber security chain with proven state-of-the-art penetration testing, from both an insider and outsider perspective. And if a business has an emergency response plan in place, we will flex it to see how it stands up to real-world threats and isolate the shortcomings, and if they don’t, we’ll help them devise one from scratch. The biggest key is regularity, because what would have worked last year will probably not stand up to today’s threat landscape, and what works today will undoubtedly be challenged by the threat vectors that evolve over the next six months or year. Like it or not, that’s today’s cyber reality, so either businesses have to be prepared to step up and play the game right, or pack up, take their ball and go home, because they will not win in the long run if they’re not ready to take the field on any given day.”