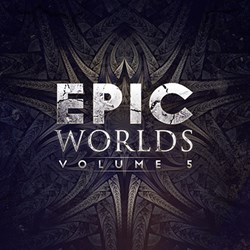 RoyaltyFreeKings.com has released a series of action and modern epic royalty-free music designed for use in trailers and promos. 'Epic Worlds' volumes 4 and 5 feature live orchestral recordings and modern elements such as synthesizers and rock guitars, with each track building to a massive, apocalyptic conclusion. 'Action Film' volumes 5 and 6 follow a more subtle. yet brooding cinematic approach, aiming to be more appropriate behind dialog and rapid edits.

Throughout 2013, RoyaltyFreeKings.com has been updating their catalog across all genres, including their royalty-free Christmas music, adding 'Quirky Christmas' - fun and offbeat versions of well known carols, as well as 'Pop Rock Christmas' - soaring anthemic renditions and 'Epic Christmas - blockbuster movie trailer style arrangements of Christmas carols.

In addition to the holiday music on offer, there is a rapidly growing collection of hand picked music aimed squarely at wedding video producers, with dozens of heartfelt instrumental tracks designed for wedding photo and video montages. In volumes 1 and 2 of 'Weddings & Romance', live renditions of wedding classics, such as: the Wedding March and Pachebel's Canon for traditional use within wedding ceremonies are featured amongst evocative instrumental original compositions. These original tracks are designed as music for wedding videos , to give wedding video producers a safe and affordable way to legally sell their montage DVDs.

The music that royalty-free music website RoyaltyFreeKings.com offers for gratis use, which has become popular with educators, students, independent game developers and low-budget filmmakers, is getting a sizable update as well.

Major expansion of the catalog is in popular areas such as epic and hi-tech music, targeting corporate video producers. The expansion will bring the number of carefully hand picked and vetted tracks to approximately 2000. Albums, collections of royalty-free music sold at a considerable discount (as much as 70% off the price of individual tracks) should top out at over 100.

For summer themed projects, RoyaltyFreeKings.com already has a variety of collections aimed at companies in need of upbeat, fun and beach themed music, and that selection will grow over the next several months.

'Summer Fun', 'Laidback Acoustic' 'Sports', 'Surf' and 'Road Trip' are just a handful of a range of royalty-free albums put together with such projects in mind. These summer themed albums consist of upbeat pop rock, surf rock, reggae, funk, acoustic and uplifting orchestral tracks. All these fun and energetic tracks are available individually at RoyaltyFreeKings.com as well.

Late in 2013 a new milestone for RoyaltyFreeKings.com was reached: 1,500,000 plays through their demo player (powered by SoundCloud.com). In their first 2 years of operation, RoyaltyFreeKings.com has become known throughout the world as a source of quality music. Traffic to the website and sales of the library's downloadable background music have steadily increased each month as producers from every corner of the world have learned of the music licensing website, and the strict quality control that runs through the entire catalog.
In addition to this significant milestone, RoyaltyFreeKings.com recently clocked up over 100,000 downloads of their free-to-use tracks, which are available to anyone with a budget under US$250,000.

In recent months, RoyaltyFreeKings.com has been busy with major under-the-hood updates in preparation for the aforementioned steady stream of new royalty-free albums and tracks. The considerable addition to the catalog includes a eclectic selection of new albums, including western film music, solo piano and epic orchestral trailer music, all aimed primarily at independent producers.

Alongside the new tracks and albums, a wide selection of free-to-use music is also available to anyone working with a low to medium budget (US$250,000 or less per project). The music is immediately downloadable and ready to use. This complimentary background music section has proved to be very popular with students, educators and charities around the world. The range of styles and genres in the music given away by RoyaltyFreeKings.com include: epic dramatic orchestral, ambient piano, jazz, comedy, rock and suspense tension.

The mission of RoyaltyFreeKings.com since launching in 2012 has been to make searching for background music for video production incredibly easy and streamlined. The crowd-sourcing business model (where anyone can upload music), like that used by many competing royalty-free websites, has the benefit of a rapid expansion of content. The downside is that with so many tracks being uploaded, the catalog easily gets bloated with mediocre music that does little to enhance a project, whether it's a commercial, wedding video, film or webisode. Producers looking through these crowd-sourcing music licensing websites have to spend significant time sifting through vast collections to find something they'd actually want to use, or worse - settle for something inferior just because they don't have the time to continue searching.