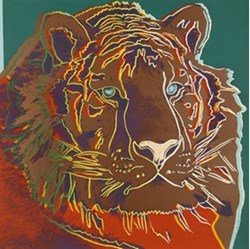 artnet, the world’s leading resource to buy, sell, and research Fine Art, Design, and Decorative Art online has released its recent findings from auction sales in Q4, completing a comprehensive overview of the global art auction market in 2013. Jacob Pabst, CEO of artnet, suggests that data from the artnet Price Database indicates that although the market has witnessed regional slowdowns tied to prevailing economic conditions this year, the overall Fine Art auction industry has remained healthy and is showing steady and stable growth. In particular, positive trends were seen in the Post-War and Contemporary market, driven by extremely successful auction seasons in New York, as well as various other regional markets within the United States.

In 2013, the global Fine Art market increased 5% by value sold from the previous year, earning over US$14.4 billion. Although this year’s total sales value fell short of the post-recession peak reached in 2011 (US$ 16.2 billion), this figure was particularly promising considering the sluggish performance of the art market in China (-3%) and the United Kingdom this year (-4%). Both countries failed to reach 2012 levels by value and volume sold, although their Q4 results suggest a more promising outlook for 2014.

The overall growth of the art market for the fiscal year is directly tied to Q4 performances, when the overall market increased 20% by value from the same period last year. Q4 was marked by significant increases in value sold in the United States (+27%), China (+13%), the United Kingdom (+11%), and France (+8%). Of the top 10 works sold in 2013, 7 were sold in the fourth quarter, led by the record-setting sale of Francis Bacon’s Three Studies of Lucian Freud (1969), selling for US$142.4 million at Christie’s Post-War and Contemporary auction in New York.

Of the lots offered in 2013, the number of high-value works (works sold for over US$1 million) increased almost 10% from 2012, with 113 works selling for over US$10 million, a new record in auction history. Collectively, these works accounted for over US$2.6 billion, and represented 18% of global Fine Art sold this year by value.

This year, the success of the art market in the United States was shaped by two primary factors: the booming Post-War and Contemporary Market and the dominance of Christie’s. In 2013, sales at Christie’s New York represented roughly half (47.6%) of the value of art sold in the United States, grossing US$2.3 billion in sales in Fine Art alone, up 30% from value sold in 2012. Over 40% of the value sold at Christie’s this year was generated from the famed Post-War and Contemporary sales in May and November, both of which set subsequent new records for value sold during a single auction.

In May, Christie’s Post-War and Contemporary auctions collectively earned US$640 million, with the evening sale setting a new record high in auction history, selling US$495 million in a single auction session. During the course of the evening, over a dozen new auction records were set for Contemporary artists, among them, Jean-Michel Basquiat, Roy Lichtenstein, and Jackson Pollock. In the following weeks, questions were raised about the stability and sustainability of the Contemporary art market growing at that pace. Q3 continued to look promising: auction sales of Fine Art in the United States were up 20% in the third quarter, led by extremely successful sales at Christie’s New York (+42% in Q3) and Bonhams New York (+18%). Other American cities were also able to capitalize on the traditionally slow summer months, with Heritage Auctions, Freeman’s Auctioneers, Leslie Hindman Auctioneers, and Neal Auction Company showing considerable growth in both volume and value sold in Q3. In November, the Post-War and Contemporary auctions at Christie’s New York topped the record set five months prior by selling over US$690 million during the evening auction, a sale which benefitted from strong demand (91% sell-through rate) on behalf of bidders from over 40 countries. During this sale, the record was set for the highest price ever paid for a work of art, as well as the highest price ever paid for a work by a living artist.

Of all Fine Art sold in the United States in 2013, the Post-War and Contemporary market held 44% of the market share by volume, followed by the Modern market (28%), and the Impressionist market (16%). Almost 50% of Fine Art sold in 2013 can be attributed to American artists. Leading American artists sold in the Unites States in 2013 include Andy Warhol, Jean-Michel Basquiat, Roy Lichtenstein, Willem de Kooning, Jackson Pollock, Jeff Koons, Norman Rockwell, Mark Rothko, Alexander Calder, and Cy Twombly. Among top-performing media categories in the United States, paintings and sculptures continued to perform well at auction, with paintings up 28% by value from 2012, followed by an 18% increase in value sold for sculptures.

In keeping with the upward trend of fourth quarter auctions across the United States, artnet Auctions began the fourth quarter with the notable sale of Robert Rauschenberg’s John (ruminations) (1999), from the Ruminations portfolio. The print sold on artnet Auctions for US$46,200 on October 2, 2013. This marks a record auction price for an individual print sold from the Ruminations series, exceeding the most expensive sale of the entire portfolio of nine prints, which fetched US$30,000 at Phillips de Pury & Company New York in 2011.

As the market leader in online auctions, artnet Auctions had several successful sales of note in the fourth quarter. Over 420 lots were sold on artnet Auctions in Q4 to a total of over 300 buyers from 28 countries. In Q4, the total value sold was US$2,956,293 with Buyer’s Premium. Throughout the year, the artnet Auctions platform witnessed increasing demand from both buyers and sellers, with the sell-through rate and the number of auction registrants consistently increasing throughout the year. By the end of Q4, the sell-through rate had increased approximately nine percentage points from Q1 by volume, and seven percentage points by value. Additionally, over 900 auction registrants signed up in Q4 alone, as the artnet Auctions platform benefited from a number of new artnet platforms and initiatives designed to better serve art enthusiasts overseas.

Ending the year on a high note, artnet Auctions’ top categories for Q4 2013 include prints and multiples, photographs, and Modern and Contemporary unique works. Among the standout sales were:

artnet Auction’s Fall Pop Prints sale was the most successful of the quarter, with a total of US$327,677 sold, including premium. Closing on October 15, highlights of the sale include a number of works by Andy Warhol, including his iconic Siberian Tiger (from the Endangered Species series) (1983) selling for US$62,400, Apple (from the Ads portfolio) (1985), which sold for US$52,800, and Sunset (1972), which sold for US$34,999. The sale also included Robert Rauschenberg’s notable mixed-media edition Tibetan Garden Song (1986), which sold for US$31,800.

artnet Auctions’ photographs department was also strong this quarter, with its Top Pics sale earning US$159,340, including premium. Nick Brandt’s Cheetah and Cubs, Maasai Mara (2003) was the top lot, selling for US$37,375, while Steve McCurry’s iconic Afghan Girl (1984) sold for US$21,600. Also included in the sale were two captivating works by Sally Mann, Night Blooming Cereus (1988) and The Last Time Emmett Modeled Nude (1987), which both sold for US$18,000.

Over the past year, the art market has increasingly been impacted by the popularity of
e-commerce. Many brick and mortar auction houses have recently expanded to include online sales, and many online-only auction houses, like artnet, are continuing to benefit from the increased comfort levels buyers have purchasing art online. Trust and security are still primary concerns, and as one of the first entrants to the online sphere, artnet Auctions has continued to expand its reach within the online marketplace. A few key highlights from 2013:

In 2013, artnet Auctions regularly set new records for artworks, while offering an increasingly diverse array of artists, categories, and unique special sales. Companywide, artnet also launched several new initiatives, providing in-depth perspectives on the industry, and art market analysis through artnet Insights, as well as a new series of artist video interviews conducted by our specialists. These developments continue to reaffirm the expertise of the artnet brand, driving traffic to artnet Auctions and raising the profile of our specialists.

This trend will continue in the new year with the imminent launch of artnet’s new global newswire. artnet is also pleased to announce that Roxanna Zarnegar has joined the company as the senior vice president of artnet Auctions.

Roxanna comes to artnet with a wealth of experience and a proven track record, both within the art world and with Fortune 500 clients. Before helping world-renowned branding agency Baron and Baron optimize their business, Roxanna was a chief operating officer at Christie's Americas, where she was responsible for client services, auction and gallery operations, logistics, and production. During her tenure, she completed INSEAD’s leadership program, becoming one of the leaders of Christie’s global strategy. She devised new revenue models, and successfully led teams of more than 100 employees.
Roxanna Zarnegar said “I am thrilled to be joining artnet, where I can leverage my strategic and operational experience to usher in the next phase of growth for the auctions department. As the world’s leading online Fine Art auctions platform, hosting 24/7 worldwide bidding, artnet Auctions has regularly set new records for artworks, while offering an increasingly diverse array of artists, categories, and unique special sales. I am truly excited about my team and my colleagues, and very fortunate to be surrounded by so much talent and passion. artnet has always been a pioneer in the industry, revolutionizing how collectors buy and sell art. I look forward to contributing to this vision, and I am confident that the artnet Auctions team will continue to be the main driving force in the online auctions space.”

Media Contacts:
To receive further information, or to arrange interviews, members of the media may contact:

About artnet:
artnet is the leading resource for the international art market, and the principal platform for art auctions on the Internet. With products such as artnet Auctions, the artnet Price Database, artnet Galleries, and artnet Analytics Reports, artnet is the only company to offer a comprehensive combination of art market resources.

Founded in 1989, and online since 1995, artnet was the first online source for art research and pricing. Host to 2 million visitors each month, artnet provides reliable information and market transparency to art collectors, galleries, auction houses, museums, and investors.