Gregory Markel Nominated For METal “Man of the Year” Award 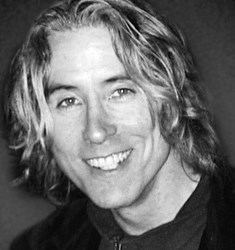 Just being nominated alongside someone like Nolan Bushnell is a great honor in itself and I am grateful to Ken Rutkowski and the METal men for the nomination.

The field of Media, Entertainment and Technology is full of accomplished mavens and well-established leaders. METal International, which stands for "Media, Entertainment, & Technology Alpha Leaders," founded by Business Rockstars radio personality Ken Rutkowski, brings together this remarkable group of people, “focusing on helping members achieve their goals by pushing each boundaries in a community of respect and camaraderie.” METal members include many of the most noteworthy and successful people to be found within the worlds of Media, Entertainment and Technology. Additionally, weekly speakers have included; Larry King, Blake Mycoskie, George Noorey, Jack Canfield, Peter Gruber, and many others.

To honor the accomplished businessmen that have made a significant impact in the Media, Entertainment and Technology space every year, METal selects nominees for its “METal Man of the Year” award through an internal voting process.

Most recently in the annual METal member voting process, Gregory Markel, Founder and CEO of Infuse Creative, a digital marketing/PR, reputation, development and security agency based in Los Angeles, was selected as one of the the five nominees for “METal Man of the Year 2013.” Although Gregory ultimately lost the title to METal member and Technology legend Nolan Bushnell, inventor of video games, in-car navigation and founder of Chuck E. Cheese and Atari (Where he hired Steve Jobs and Steve Wozniak, Gregory was excited to have been nominated and said, “Just being nominated alongside someone like Nolan Bushnell is a great honor in itself and I am grateful to Ken Rutkowski and the METal men for the nomination.”