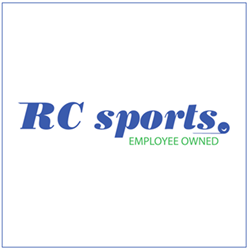 By including all of our employees in this ownership program, from our production staff to our management team, our customers and vendors can expect to see even higher levels of service and accountability at RC Sports.

ESOP Partners, an ESOP consulting and administration firm, has announced the successful completion of a sale of RC Sports, a Lenexa, Kan.-based distributor of roller skates, inline skates, and hockey skates and skating accessories, to its employees via an Employee Stock Ownership Plan (ESOP) representing RC Sports’ employees.

An ESOP is a qualified retirement plan that buys, holds and sells company stock for the benefit of the employees, providing them with an ownership stake in the company. RC Sports initiated the sale in December 2013 with the assistance of ESOP Partners.

RC Sports Chairman of The Board Ron Creten is convinced that an ESOP is the best approach to accomplish a number of goals. “Our employees have been a huge part of RC Sports’ success and we’re pleased to recognize them in this way,” Creten said. “By including all of our employees in this ownership program, from our production staff to our management team, our customers and vendors can expect to see even higher levels of service and accountability at RC Sports.”

Aaron Juckett, ESOP Partners president, said that RC Sports determined that an ESOP was the most practical succession plan because it’s one that doesn’t benefit only business owners. “RC Sports was very clear in their desire to put employees interests and the interests of the business first. There are a number of ways to sell a company, but only an ESOP truly benefits everyone involved,” he said.

ESOP Partners will continue to work with RC Sports as an ESOP consultant and third-party administrator.

About ESOPs:
ESOPs are qualified retirement plans that buy, hold and sell company stock for the benefit of the employees, providing an ownership stake in the company. ESOPs are the only retirement plan allowed to borrow money to purchase stock and are generally funded only by the Company. Selling part or all of a business to an ESOP enables a business owner to sell to a built-in buyer in as little as 60-90 days at full fair market value. There are many significant tax and cash flow benefits of selling to an ESOP. An ESOP also allows for a better-managed ownership transition, preservation of local jobs, and the maintenance of a company’s legacy in the community. According to the ESOP Association there are approximately 10,000 ESOPs in place in the U.S., covering 10.3 million employees (10 percent of the private sector workforce).