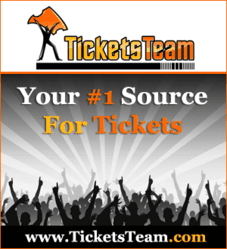 Fans anxious to attend a stop on the tour shouldn't wait to purchase Jack Johnson tour tickets at TicketsTeam.com, as they are quite popular.

Launching May 20 in Saint Augustine, FL, Jack Johnson's tour will include concerts in Chicago, Philadelphia, New York, Los Angeles and other major cities. Featuring 19 stops in the USA and couple gigs in Canada, the tour ends September 1, 2014 in Santa Barbara, CA. Jack Johnson tour tickets are available for sale now at TicketsTeam.com.

Jack Johnson is well known for his work in the soft rock and acoustic genres. In 2001, he achieved commercial success after the release of his debut album, Brushfire Fairytales. Jack Johnson has released five more albums, a number of EPs and surfing movies/soundtracks as well.

Fans anxious to attend a stop on the tour shouldn't wait to purchase Jack Johnson concert tickets, as they are quite popular.

TicketsTeam.com is not affiliated with Jack Johnson, his management team, nor his tour venues, and is merely a ticket marketplace.