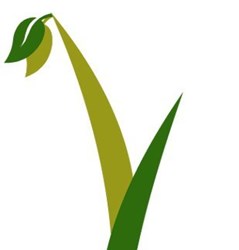 We have great respect for the change drivers and thought leaders who call Colorado home.

EGFS’s core clients are early-stage, high-tech startups which makes Colorado’s vibrant entrepreneurial scene a perfect place to set up shop, particularly in the cities of Boulder and Denver. As recently cited by Inc., “Boulder is an entrepreneurial powerhouse like no other. In 2010, the city had six times more high-tech start-ups per capita than the nation's average, according to an August 2013 study by the Kauffman Foundation--and twice as many per capita as runner-up San Jose-Sunnyvale in California.”

“We have great respect for the change drivers and thought leaders who call Colorado home and who have helped to accelerate startup growth, especially in the Boulder and Denver areas,” says Steven Olson, CFO and Lead for Boulder Operations for Early Growth Financial Services. “Since 2008, we’ve been key players in supporting the developing startup scenes in Silicon Valley, San Francisco, Los Angeles, and Las Vegas. Now we want to bring our learnings to Colorado, to support its startup infrastructure, and to help Colorado startup hubs grow into major venture hubs as well.”

In 2012, VCs invested $586 million in Colorado, a significant sum though not quite up to the scale of some other startup capitals such as Silicon Valley (which saw $11 billion) or New York City (with $2.3 billion in investments). EGFS is committed to helping local Colorado-based startups to grow by supporting their operations and fundraising efforts. In 2014, EGFS organized PitchFlip LA which brought VCs from Silicon Valley to LA to pitch to promising local startups. As EGFS gets more embedded within the Colorado startup community, their goal is to give their clients the essential financial support they need while simultaneously supporting the larger startup community through local events.

“At EGFS, we know startups. We understand their challenges, and their opportunities,” says David Ehrenberg, CEO and Principal of EGFS. “Early-stage companies need business partners who provide valuable mentorship and connections as well as essential services, To the growing startup community in Colorado, we offer not only our integrated financial services solution--from day-to-day accounting to CFO services, tax, and valuation support--but also our investment in their community.”