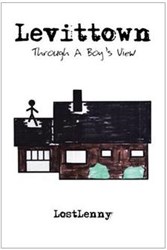 Surviving and thriving as a young boy in America’s very first 6,000 home housing complex comes with a few obstacles. Author Leonard Nicholas has dealt with everything from bullies to the suffocating feeling of living on top of thousands of other people.

Taking what he learned from growing up in such an intense environment, Nicholas wrote “Levittown: Through a Boy’s View” from his own experiences of kindergarten through sixth grade in the early 1950s under the pen name of “LostLenny.”

“This book is different than most others about Levittown in that I discuss the children, their playgrounds, the way they can spend their time playing with anything,” says Nicholas, “The whole world is their playground.”

Nicholas also takes a serious look at how childhood experiences affect and formulate a person for the rest of their life, guiding the reader down an interesting path of exploration and self-discovery.

About the authors
Leonard Nicholas, “LostLenny,” was born in New York City and went to public school on Long Island. After graduating high school, he attended Oswego State University in upstate New York and earned a teaching degree in Industrial Arts. The author is now retired from education and spends his time with his family and participating in the Antique Model A Restorers Club.