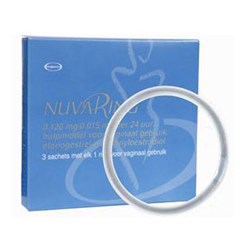 NuvaRing Lawsuits Could See $100 Million Settlement If 95% of Women Approve.

Free NuvaRing lawsuit evaluations for those who have sustained blood clots and pulmonary embolisms, while using NuvaRing. Contact us at 1-800-403-6191 or visit FightForVictims.com

The lawyers at Alonso Krangle LLP, who are currently representing numerous women in NuvaRing lawsuits, are anticipating Merck, the makers of the NuvaRing contraceptive, will payout out $100 million to settle over 3,800 NuvaRing lawsuits pending in state and federal courts in New Jersey and Missouri (In re: NuvaRing Products Liability Litigation, No. 08-md-1964, JPML). According to Bloomberg News, Judge Brian Martinotti, who is overseeing the New Jersey litigation, issued a preliminary settlement order contigent upon at least 95% of the women involved in the NuvaRing litigation approve the proposed settlement. [bloomberg.com/news/2014-02-07/merck-judge-says-company-to-pay-100-million-in-nuvaring-accord.html; February 7, 2014]

According to Bloomberg, if 95% of the women accept the proposal, it could lead to the settlement of over 3800 NuvaRing lawsuits filed on behalf of individuals who allegedly experienced serious blood clotting disorders, some of which may have purportedly led to strokes and heart attacks after using the contraceptive (MDL 1964).

If approved, Merck, the second largest drug maker by sales in the U.S., would not be the first birth control maker to resolve lawsuits surrounding its contraceptives. Bloomberg reports that Bayer purportedly paid more than $1.6 billion to settle claims over its Yasmin and Yaz birth control. It is also reported that Yaz and Yasmin caused blood clots that led to strokes and heart attacks. [bloomberg.com/news/2014-02-06/merck-said-to-agree-to-100-million-nuvaring-settlement.html; February 7, 2014]

Allegations in NuvaRing Lawsuits
According to court documents, numerous plantifs in the NuvaRing lawsuits allege that use of the contraceptive NuvaRing caused them to sustain serious blood clotting disorders such as pulmonary embolism and even death. Additionally, the allegations in these cases contend that the manufacturer did not adequately test the safety of NuvaRing, knew about the serious risks associated with this contraceptive device and failed to warn women about these risks. (In re: NuvaRing Products Liability Litigation, No. 08-md-1964, JPML).

Court documents for many of the NuvaRing lawsuits cite the study published in the May 2012 British Medical Journal as evidence of the severe blood disorders that have been linked to NuvaRing. Specifically, this study reportedly found that women are more than 6 times more likely to develop blood clots when using vaginal rings like NuvaRing, as opposed to taking birth control pills. (In re NuvaRing Products Liability Litigation, MDL 1964) [bmj.com/content/344/bmj.e2990, March 2012]

For more information about Alonso Krangle LLP or to join the fight and be a part of our team, please contact us at 1-800-403-6191 or visit our website, http://www.FightForVictims.com