Research on more than 11,000 Korean users of the diabetes drug pioglitazone finds that smaller doses are no protection against bladder cancer. 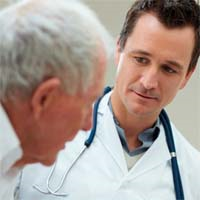 Use of pioglitazone for a duration of > 6 months...was associated with an increased rate of bladder cancer...

A new article published in the Journal of Korean Medical Science and reported by Cancer Monthly finds that diabetics who have been treated with pioglitazone (Actos) for more than 6 months may still face a higher risk of bladder cancer, even if they were on a low dose.

The retrospective study focused on more than 112,000 diabetic patients, including 11,240 who had been treated with pioglitazone. Patients had to have visited one of four tertiary referral hospitals in Korea for care at least twice between November 2005 and June 2011.

Pioglitazone was once the 10th most popular drug in the US. In 2011, the FDA required the drug’s manufacturer to add the risk of bladder cancer to its Warnings and Precautions. There have now been several wrongful death lawsuits against the makers of Actos and the drug is banned in some countries.