Dr. Paul G. Swingle will kick off his 2014 webinar series with a free webinar on "Adding Neurotherapy to Your Practice". In the first of a series of four webinars, he will discuss the basics of neurofeedback and the benefits of using this method with clients. 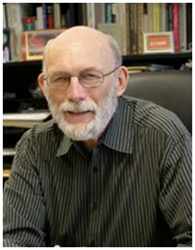 Neurotherapy marries well with other kinds of therapy whether it's experiential, EMDR, cognitive behaviour and so forth.

Dr. Paul G. Swingle, has long held the belief that neurofeedback is a powerful tool with enormous potential. In his Vancouver clinic, he uses neurotherapy as a part of the treatment for a wide range of disorders as well as with clients who just want to perform better at work, on stage or at a sport. On Tuesday, March 4th, Dr. Swingle will discuss his brand of neurotherapy in a free webinar on "Adding Neurotherapy to Your Practice" hosted by the Biofeedback Federation of Europe.

In the past few years, the field of neurofeedback has gained a lot of attention. It is increasingly being used in peak performance training among elite and professional athletes. In 2012, the American Academy of Pediatrics recognized biofeedback as a level one intervention for the treatment of ADHD. According to Dr. Swingle, one of the best things about neurotherapy is, "It marries well with other kinds of therapy whether it's experiential, EMDR, cognitive behaviour and so forth. Once the brain is functioning more efficiently, then it just markedly enhances the efficacy of these other procedures." Health professionals interested in adding neurotherapy to their practice will learn about Dr. Swingle's ClinicalQ and Braindriving methods.

The ClinicalQ is an EEG assessment developed by Dr. Swingle that measures brain activity at five critical locations. The results of the assessment are then compared to a clinical database that is remarkably accurate in terms of indicating why a person is seeking counseling. Dr. Swingle sums it up like this, "I saw a client the other day - a young man who had been exposed to a recent severe emotional stressor that triggered a predisposition to depressed mood states. When I explained this to him, his jaw dropped to the floor. How could I possibly know that from looking at brainwave activity? Well, the brain tells us everything. If you've been exposed to a severe emotional stressor recently, it is very likely that the brain is going to show the effects. And if you have a predisposition for a certain disorder such as depression, exposure to severe emotional stressors may likely trigger that condition."

After the initial assessment, the BFE ClinicalQ and BrainDryvr generates a report that interprets the (EEG) data and flags values that are outside of the norms based on Dr. Swingle's clinical database. The report also provides guidance on how to use Dr. Swingle's braindriving method to optimize EEG features based on the report. Stimuli used in the braindriving protocols include specific combinations of vetted tones, harmonics and images.

The remaining webinars in the series are: "Internet Addiction", "Is it Really ADHD?" and "Keeping Mentally Sharp While You Age".

About Dr. Paul Swingle
Dr. Swingle is a Fellow of the Canadian Psychological Association and a former Lecturer in Psychiatry at Harvard Medical School. Professor Swingle formerly held the posts of Chairman of the Faculty of Child Psychology and Clinical Supervisor at the University of Ottawa. He has taught at McGill University, Dalhousie University and McMaster University. He is a Registered Psychologist in British Columbia and is (BCIA) Certified in Biofeedback and Neurotherapy. Since 1997 he has been in private practice in Vancouver, British Columbia. He is the author of Biofeedback for the Brain (2008) published by Rutgers University Press.

About the Biofeedback Federation of Europe
The Biofeedback Federation of Europe (BFE) is community interest company in the UK leading the way to share knowledge in the field of biofeedback. Through its “Learn From the Best” program, it offers a variety of webinars, online classes, courses, software and workshops with applications in healthcare, mental health, optimal performance and sport. Content is developed independently by International Research & Education Project teams. For more information, visit the BFE Online Shop.

"Biofeedback for the Brain" by Dr. Paul G. Swingle available at amazon.com