The award winning stage play returns to Los Angeles with a special workshop production by The Blank Theatre Co., as part of their Living Room Series. 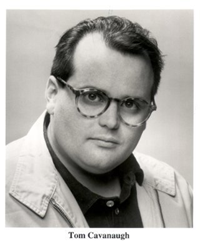 Not only does the play pack a sucker punch along the lines of The Normal Heart and Death of a Salesman, the play reveals the destructive force of violence in the home when the unthinkable becomes a reality. - AJ Ciccotelli

BEHOLD is about a suburban family which loses a son to a Columbine-type shooting at the local high school and how the family changes while dealing with the tragic loss. While the mother descends into depression, and the daughter into violence, the father rips down a cross representing the shooter from a hillside memorial. The central, timely question here is, “Was the shooter a victim of violence, too?”

Rather than playing a blame game, or making a political statement, BEHOLD shows the severe reactions to the loss of a son and a brother from within the family home. Only Bobby, the surviving brother, receives what he feels is a message from above, bringing compassion for the whole series of events. An extended fugue of internal monologues surrounding the father’s iconic destruction of the shooter’s cross memorial opens the second act. “Not only does the play pack a sucker punch along the lines of The Normal Heart and Death of a Salesman,” says artistic director, AJ Ciccotelli of the La Strada Theatre in New Jersey, “The play reveals the destructive force of violence in the home when the unthinkable becomes a reality.”

BEHOLD was one of three plays awarded the 2011 Pickering Award for Excellence in Playwriting and received a workshop production at the Utah Shakespeare Festival.

A twenty-two year veteran 911 operator & police dispatcher, Cavanaugh used his own experience with the murder of his grandfather, who was beaten to death in his home by three teenage boys, and manifested his responses and sentiments during that experience into the lives of the characters.

Cavanagh, who is a graduate from the MFA program in playwriting at the Actors Studio Drama School in New York City, used his powers of healing insight when he bought a hundred cups of coffee for the people of Newtown, CT in the wake of the Sandy Hook School Shooting. “I wanted to restore some normality in the lives of the people of Newtown,” when asked by a national reporter on his motives. Tom went on to explain, “After the last camera crew leaves, the real grief begins. Hopefully this act is only the beginning to help the people of that town.”

The staged reading of BEHOLD will be presented on Monday, March 10th, at 8:00pm, as part of The Blank Theatre’s Living Room Series at:
2nd Stage Theatre
6500 Santa Monica Blvd. (at Wilcox)
Hollywood CA 90038