In Podcast, Bill Lawrence, founder of HealthTraits.org, Addresses Causes of Alzheimer’s and How Supplements Can Benefit Some Patients 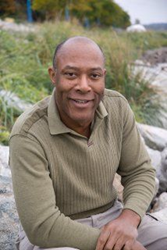 Bill Lawrence, Founder of HealthTraits.org, interviewed by Erik Reynolds, discusses effects of heavy metals on the brain and how those metals contribute to the onset of Alzheimer’s Disease and dementia. Mr. Lawrence stressed the importance of understanding the causes of Alzheimer’s Disease and how increasing one of the human body’s own antioxidants, glutathione, will help to combat the disease.

In this podcast, Mr. Lawrence discusses the importance of understanding how heavy metals can lead to the onset of Alzheimer’s Disease. "It starts with the build up of beta-amyloid materials that form tangles with the neurons of the brain” says Mr. Lawrence. "These plaques and tangles are abnormal protein fragments and are usually associated with some sort of heavy metal such as aluminum, lead, or even mercury. These accumulate with the neurons and eventually kill those particular brain cells."

This progression continues until these plaques and tangles make their way to the part of the brain that controls long-term memory, and then to the brain stem which controls basic functions of the body such as breathing and regulating heartbeats. This is the phase where the disease ultimately leads to death.

The podcast interview does include the good news that if caught early, most patients are able to reduce the chances of brain cell debris and beta-amyloid material accumulation that eventually binds to the neurons cutting off oxygen and nutrients. "The good news is that glutathione, the antioxidant which the body naturally produces, binds to the free heavy metals and reduces and eliminates the chances of the metal-protein complex binding to the neurons," says Mr. Lawrence. "Unfortunately, the body loses its ability to continue to produce glutathione at the required levels so supplementation is needed and recommended."

HealthTraits.org is a website that offers information on health and wellness. The website also features a high quality glutathione supplement called SynergiaGSH which founder, Bill Lawrence, helped formulate and bring to market. Learn more by visiting http://www.healthtraits.org or follow the HealthTraits podcast on Spreaker Web Radio at http://www.spreaker.com/show/healthtraits.