The educational, evidence-based app developed by the Center for Autism and Related Disorders for children with autism now offers a Community Helpers game. 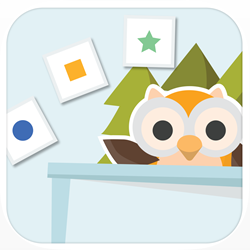 “While we often teach children to avoid strangers, it is important to teach children about the people available to assist them in the community,” said Dennis Dixon, Ph.D., chief strategy officer at CARD.

Camp Discovery, the evidence-based learning app for children with autism spectrum disorder (ASD), today released its new educational game, Community Helpers. The app, developed by the Center for Autism and Related Disorders (CARD), now includes a game to teach children about different helpers that they are likely to encounter in the community. These include teachers, doctors, police officers and fire fighters to name a few. Players are taught to identify various community helpers by their title, what they do and where they are found. Camp Discovery is available at no cost for iPad and Android devices.

Camp Discovery’s new Community Helpers game helps children cultivate valuable safety skills and increases their familiarity with the community, while expanding their vocabulary. In cases of emergency, children with ASD have been known to retreat from first responders, putting them at risk when they are most vulnerable. The new game will familiarize children with first responders and other helpers available in the community.

“While we often teach children to avoid strangers, it is important to teach children about the people available to assist them in the community,” said Dennis Dixon, Ph.D., chief strategy officer at CARD.

Camp Discovery’s mission is to maximize learning opportunities for children with ASD and to increase access to treatment resources through technology. Camp Discovery is designed by experts in the field of applied behavior analysis (ABA), and all of the learning games incorporate evidence-based teaching principles. The app’s prompting and reinforcement procedures maximize successful responses and keep the player engaged. Camp Discovery offers a number of unique features, including preference assessments to individualize rewards, fun mini games to motivate learning, easy-to-read graphs to track progress, and parent controls to individualize the player’s learning experience.

About Center for Autism and Related Disorders (CARD)
CARD treats individuals of all ages who are diagnosed with autism spectrum disorder (ASD) at its 26 treatment centers around the globe. CARD was founded in 1990 by leading autism expert and clinical psychologist Doreen Granpeesheh, PhD, BCBA-D. CARD treats individuals with ASD using the principles of applied behavior analysis (ABA), which is empirically proven to be the most effective method for treating individuals with ASD and is recommended by the American Academy of Pediatrics and the US Surgeon General. CARD employs a dedicated team of over 1,500 individuals across the nation and internationally. For more information, visit http://www.centerforautism.com.