The award-winning documentary, “Justice Denied,” is named a 2014 Oscar nominee in the Student Film Category, reports Woltz Media. The 15-minute legal drama, based on the book of the same title and directed by Cody Joel of Kentucky, depicts the harrowing experiences of one man, Howell Woltz, as he is relentlessly persecuted by an indifferent, corrupt judicial system. 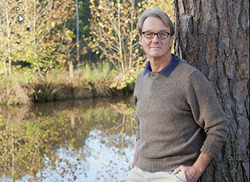 The story of Howell Woltz is a "memoir of judicial tyranny."

We have a corrupt judicial system and we need to restore the rights given to us by our Constitution. I intend to speak about it until I sense that my message is being heard.

The award-winning documentary, “Justice Denied,” is named a 2014 Oscar nominee in the Student Film Category, reports Woltz Media. Directed by Cody Joel of Kentucky, the 15-minute short depicts the harrowing experiences of one man, Howell Woltz, as he is dogged by an indifferent, corrupt judicial system. The film, based on the book of the same title, is the winner of four Film Festival Awards, including the SCADemy Award 2013 by Savannah Film Festival.

The documentary, “Justice Denied,” was recently nominated for an Emmy Award in the Student Category. The short legal drama was also recognized as the Official Selection of the Louisville International Festival 2013, Daytona Beach Festival 2013 and the Carolina Film and Video Festival 2014.

Cody Joel, as a major in film and television, directed the short film as part of his senior thesis at the Savannah College of Art & Design. In June of 2013, he graduated then moved to New York to work on a TV series, “The Carrie Diaries,” plus some MTV shows.

His budget for “Justice Denied” was $5,000, a fraction of the cost of other thesis films.

The short film, “Justice Denied,” depicts the terrifying nightmare of Howell Woltz and his wife Vernice, who are arrested just outside their home in North Carolina. They were charged with conspiracy to defraud the U.S. government, hauled off to jail and immediately denied bail.

That morning, April 18, 2006, was just the beginning of a chaotic series of absentee lawyers, unlawful court actions and blatant injustices, until finally Howell agreed to plead guilty to fabricated charges in exchange for his wife’s freedom.

Howell Woltz served seven years in federal prison. He spent much of his time in the prison law library, gaining knowledge so he could file his own appeals. He also helped exonerate several fellow inmates, wrongfully convicted.

In its review, Kirkus Indie referred to Woltz’s story as a “memoir of judicial tyranny” that will “rattle readers’ complacent confidence in the U.S. judicial system.”

Today, his goal is to speak to law schools, universities and civic groups across the nation in his belief that awareness leads to change.

“We have the highest conviction rate in the world and an undeniably high rate of wrongfully convicted,” said Howell Woltz. “Something is clearly wrong and I intend to speak out about it until I sense that my message is being heard. We have a corrupt system and we need to restore the rights given to us by our Constitution.”

At the time of his arrest, he was a successful trust and estate practitioner. He now lives in Advance, North Carolina, not far from Statesville and Winston-Salem.

About Woltz Media
Woltz Media Corporation is the platform set up by Howell Woltz for taking action against the injustices of the law, while advocating judicial reform. Books, films and speaking engagements are the focus of the company, located in Advance, North Carolina. Speaking engagements can be arranged by contacting Howell Woltz. Website is http://www.WoltzMedia.com
Contact:
Juliette Weiland
Public Relations Consultant
704-243-7312
http://www.woltzmedia.com