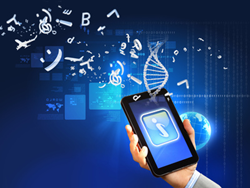 idcloak Technologies has uncovered that many stranger video chat services fail to protect their teenage user base against sexual privacy invasion. Idcloak’s investigation has revealed that none of the top-tier stranger chat sites offer encrypted video connections with their service, leaving transmitted content easily accessible by third-party snoops.

Terence Shull, lead researcher at idcloak, says this is especially worrisome given the size of the industry and the type of communication these sites are known for. “Video chatting with strangers is huge: there are around 60 firms offering the service, with the biggest biggest provider boasting 20 million active users.

“But it’s what the sites are used for and by whom that is important here. Stranger video chat is where teens go for sexually explicit interaction online. iTunes accompanies the stranger chat software download button with the warning: 'frequent / intense sexual content and nudity.'

“When this sexually explicit content is transmitted as unsecured web video, there is a very real danger of privacy invasion and content theft. It requires next to no special skills to employ free hackware to break into a Wi-Fi router and sniff all transferred data. Combine this fact with the number of teens using stranger video chat services for sex online and you are left with real reasons for concern.”

A number of its competitors forbid the use of their services for sexually explicit video chat and, in some cases, actively police the network to prevent it. But Shull says more needs to be done, “It shouldn’t be that hard for a company offering video chat to actively prevent the broadcast of nudity. Most stranger chat services say they take measures to stop sexual exhibitionism but if you spend any time on their service, it's clear they are not doing enough.”

idcloak Technologies discovered this privacy vulnerability while researching new applications for its free VPN service for Internet privacy. “Our work brings us in constant contact with all kinds of security and privacy vulnerabilities online. But the security issue with stranger chat video sites is unique because of the kind of damage it can cause. The youngsters frequenting these sites may easily find themselves exposed to humiliation, stalking, blackmail or have their video encounters appear on the child pornography circuit. Some might activate InPrivate browsing for protection and feel that is enough – but the main threat of privacy invasion is not on your computer, it’s on your internet connection.”

idcloak.com is a Dallas-based provider of VPN Tunneling services for anonymity, security and censorship circumvention online.