Ticket Down announces that Fleetwood Mac will be performing at the TD Garden in Boston on Friday, October 10th. This well-known secondary ticket site is offering the customer appreciation promo code FLEETWOOD-MAC-2014 for added savings. 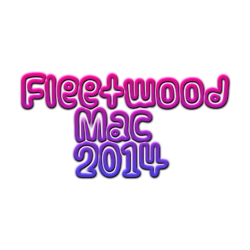 Ticket Down announces that they have slashed prices on Fleetwood Mac Tickets at TD Garden. Fleetwood Mac will be touring throughout North America in 2014. Diehard Fleetwood Mac fans are thrilled that their tour this year will include the five most familiar members of this beloved legendary group. Mick Fleetwood, Stevie Nicks, Lindsey Buckingham, Christine McVie and John McVie will bring back memories of the 70's and 80's for their diehard fans in Boston.

Fleetwood Mac has an extensive catalog of music that includes 17 studio albums, 12 compilation albums and 69 singles. The group has released numerous singles that have been certified gold or platinum by the Recording Industry Association of America for selling more than 500,000 or one million copies. Among those albums that have earned these certifications include Rumours, which has sold more than 45 million copies around the world, Tango in the Night, which has sold more than 10 million copies worldwide, The Dance, a live album released in 1995 that has more than five million copies sold in the United States and numerous greatest hits albums that are the shelves of fans around the world.

To help make these albums as successful as they have become, the group has released dozens of singles that have also earned these certifications. Among their most popular singles that fans will hope to hear Fleetwood Mac perform live include “Albatross,” “Oh Well,” “Dreams,” “Don’t Stop,” “Hold Me,” “Oh Diane,” “Big Love,” “Save Me,” and “Peacekeeper.

Fleetwood Mac's 2014 Fall tour, called “On With the Show,” will take the group to 33 cities for 34 shows beginning at the Target Center in Minneapolis, Minnesota, running through a stop at the Tampa Bay Times Forum in Tampa, Florida. Tickets for Fleetwood Mac's 2014 concert tour will sell out very fast. Ticket Down can also be reached by phone at 1-877-870-3653.

Ticket Down delivers tickets to sold out concerts and events worldwide when no one else can, and they do so at discounted prices. This popular ticket exchange also has discounted Fleetwood Mac Tickets in Boston on 10/10/14. Add promo/coupon code FLEETWOOD-MAC-2014 for added savings on any ticket order.