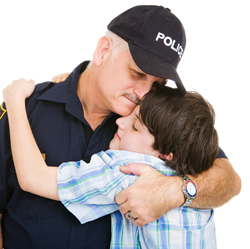 “Thank you for the good service. We look forward to future work with your firm in the ongoing maintenance of our ranges of our ranges.”D. Hendrix; Seattle Police Department

MT2, LLC (MT2), national leader in providing environmental firing range services, announced today that it has successfully cleaned over three dozen lead contaminated sites over the past 15 months, removing over 1,300,000 tons of lead from the environment to help law enforcement and other agencies eliminate hazards associated with lead at firing ranges.

“We are proud to serve and protect those in law enforcement and the military that serve and protect us,” stated James M. Barthel, President and CEO of Denver-based MT2, “Over 50,000 police officers train annually at these ranges; we are passionate about cleaning and restoring our environment and especially about protecting people from the hazards of lead.”

MT2 recycles the recovered lead, which not only benefits the environment and improves officer safety, but also provides recycling proceeds to range owners to offset project costs. MT2 has credited over $4,000,000 to range owners from lead recycling.

Over 200 law enforcement agencies nationwide such as New York, Denver, Seattle, Phoenix, and Dallas have turned to MT2 to help eliminate hazards associated with lead at firing ranges.

More information about MT2 is available at http://www.mt2.com.

Both indoor and outdoor firing ranges can have lead hazards