MedZilla.com reports: According to the latest from the Bureau of Labor Statistics, the total number of jobs created last month on non-farm payrolls went up by 192,000. The overall unemployment rate remained stable at 6.7 percent. (bls.gov, 4/4/14, bls.gov/news.release/empsit.nr0.htm) 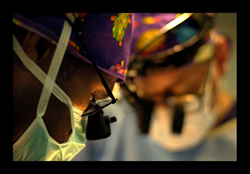 The reason that this specific job cut number is meaningful is because the first quarter is typically when the most layoffs occur. This can be due to the end of temporary or seasonal work ending after the holidays.

Continuing the trend since December, the unemployment rate has remained basically unchanged. However, the big news from last month was the job cut announcement at the close of the first quarter.

The global outplacement firm, Challenger, Grey & Christmas released the first quarter numbers for job cuts last week. The month came to an end showing the lowest monthly total job cuts since January of 2013, December was the last month to see less. John A. Challenger, chief executive officer of Challenger, Gray & Christmas, in a press release published by the company explained that, "employers have been well below that pace this year, suggesting that layoffs continue to decline in a recovery that is approaching its five-year anniversary."

The news caused excitement as first-quarter job cuts haven't been this low since 1995, two decades ago. (challengergray.com, 4/3/14, challengergray.com/press/press-releases/2014-march-job-cut-report-34399-cuts-close-lowest-q1-nearly-20-years)

Del Johnston, Manager of Client Relations at MedZilla.com comments, "The reason that this specific job cut number is meaningful is because the first quarter is typically when the most layoffs occur. This can be due to the end of temporary or seasonal work ending after the holidays. Regardless, the fact that the first quarter remained stable and there has not been that initial dip after the first of the year is a good sign from employers for job seekers."

The research, led by Minneapolis Heart Institute Foundation Research Fellow Naohiko Nemoto, MD, was received at the American College of Cardiology (ACC) at the end of March.

"Novel device research is a great benefit of a stabilizing economy," John Burkhardt Managing Director of MedZilla.com comments. "New devices will mean even more demand for positions, adding even more stability to this sector and those surrounding it. This is a very positive shift and very good news, over all."

Established in 1994, MedZilla is the original and leading web site to serve career and hiring needs for professionals and employers in biotechnology, pharmaceuticals, medicine, science and healthcare. The MedZilla jobs database contains about 7,500 open positions. The resume database currently contains over 295,000 resumes with 26,500 less than three months old. These resources have been characterized as the largest, most comprehensive databases of their kind on the web in the industries served.

MedZilla(R) is a Registered Trademark owned by MedZilla Inc. Copyright (C)MedZilla, Inc. Permission is granted to reproduce and distribute this text in its entirety, and if electronically, with a link to the URL http://www.medzilla.com. For permission to quote from or reproduce any portion of this message, please contact MedZilla, Inc. at press(at)medzilla(dot)com