The Next Big Deal or Gnawing Dispute: Attorney David Soble Affirms 5 Simple and Effective Strategies to Negotiating a Successful Outcome 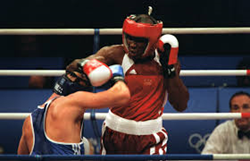 The Art of Negotiation

There is an old adage that when two opposing parties in a legal matter proceed to litigation, then they have both lost their case. Having negotiated thousands of real estate and finance deals in my career as an attorney, I have listed below what I call the 5 “B's” of successful negotiation:

1. Be prepared. Know your facts and have the relevant information to support your position readily available. Nothing stalls negotiations better or undermines your position more, then when you have to scramble and seek out the information necessary to bolster your position.

2. Be Patient. With good negotiations, reaching a resolution takes time and is not like ordering “fast food.” Don't feel compelled to make a decision right away. If you are unsure about something, there is absolutely nothing wrong with waiting 24 hours to make a decision. If there are several items to accomplish in a negotiation, focus on those points that the parties are more agreeable on, and tackle the more difficult issues at a later time.

3. Be Consistent. Have a goal of what you want to accomplish going into the negotiations. If need be, “map out” a strategy to reach your goal(s) and plan for contingencies. Most importantly, once you've reached an agreement regarding a point of contention, stick with it. Don't agree to something with the real intent to address and "change up" the issue at a later time. That approach wastes time and undermines one's own credibility.

4. Be Reliable. Imagine a car that starts only half the time. That's how adverse parties feel about someone who fails to perform on past promises and then approaches their opposition for new concessions. Granted, in an ideal world, people would perform on their agreements 100% of the time. But in life “things happen" and parties are often called upon to make accommodations and exceptions to agreements long after the negotiations are over. It's reasonable for a party to be less flexible in their accommodations for people who repeatedly fail to perform. It becomes increasingly difficult for repeat 'offenders' to persuade the opposition that “this time things will be different.”

5. Be Civil. This point should go without saying, but negotiations move towards success much faster when parties practice civility. If being civil to the other party proves difficult, then you have an excellent reason for engaging an attorney, a real estate agent, or any other professional intermediary on your behalf.

There are times when parties to a settlement leave the negotiation table not getting everything they wanted. That's fine. In most good deals, the parties need to concede some, but not all, of their position in order to reach a resolution. Those people who insist on going to the negotiation table with an “all or nothing” attitude, do not make good negotiation partners initially, but by using the preceding 5 points, they will in time.

About the Author: Since 1990, David Soble has represented lenders, loan servicers, consumers and business owners on residential and commercial real estate, finance and compliance issues. He has been involved in thousands of real estate transactions, being responsible for billions in real estate loan portfolios throughout his career. And while he may at times seem overly harsh, he has 24 years of real estate battle scars to support his tempered cynicism.