After Primary Election Success with Electronic Poll Books, Chicago and ES&S Look Ahead to November 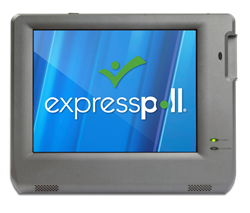 ...ES&S is making voting faster and more understandable for Chicago voters while increasing efficiency and protecting against fraud.Langdon Neal, chairman of the Chicago Board of Election Commissioners.

For Chicago’s Primary Election on March 18, the city’s election officials and Election Systems & Software (ES&S) successfully implemented the ExpressPoll-5000 System to check in and verify voters in the city’s 2,070 election precincts.

Now ES&S and Chicago are gearing up for the November General Election, which all parties anticipate will make the check in and verification quicker and more efficient, even with greater voter turnout.

The $2 million polling system from ES&S is making voting faster and more understandable for Chicago voters while increasing efficiency and protecting against fraud, Langdon Neal, chairman of the Chicago Board of Election Commissioners, told the Chicago Tribune.

“It’s time to replace the old phone book technology with electronic technology,” Neal said before the March election. “The judges will have all records for all 1.6 million registered voters in Chicago in each precinct.”

Chicago officials used ES&S’ web-based CentralPoint application during the Primary Election to monitor polling place data as voters cast their ballots, allowing officials to receive continual updates on the number of votes cast, voter turnout, and other voting analytics data. The election information was also posted online for media to track the progress of the primary elections.

The primary elections narrowed the field of candidates for several statewide races, including Illinois government and U.S. Senate.

In December 2013, the Chicago Board of Election Commissioners awarded ES&S the contract to supply the city’s election precincts with electronic poll books.