My Box Office Tickets reports that "A Raisin in the Sun," featuring Academy and Tony Award-winning actor Denzel Washington, has been the leader in online theatre ticket sales throughout the months of March and April. The limited-run production of “A Raisin in the Sun” is a 14-week engagement through June 15, 2014. 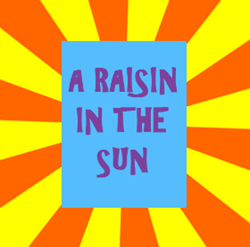 Now Playing at the Barrymore Theatre

Can a play based in the 1950s South Side Chicago depicting the struggles of one family relate to those of today? The answer seems to be an astounding YES in Lorraine Hansberry's "A Raisin in the Sun," which opened April 3rd at the Barrymore Theatre in New York City. My Box Office Tickets reports that “A Raisin in the Sun” has been its leader in theatre ticket sales throughout the months of March and April.

This great American classic has hit upon several things we all want but cannot always achieve: The 'American Dream' of financial security and harmony within the family unit. The last time this show appeared on Broadway was in 2004 starring Sean Combs and still proves to be more relevant than ever.

This dramatic revival play, which originally played to New York audiences for the first time 55 years ago at the Barrymore Theatre, is featured in the same theatre as when it opened. It is as riveting in the American dramatic theatre scene today as when it premiered.

Set in 1950s Chicago, the story focuses on three generations of the Younger family, who have suffered a recent death. Highlighted are their dreams as they restlessly await the receiving of a $10,000 insurance check and the ensuing arguments over how to spend this new found bounty. The state of affairs surrounding them could mean either financial deliverance or personal devastation.

“A Raisin in the Sun” explores the strain within the black family unit. However, the situations endured provide an everyman perspective this decade. Be moved to tears by following the struggles of the Younger family and follow the plot as they try to hold themselves together.

Denzel Washington portrays Walter Lee, a chauffeur with dreams of opening his own liquor store. Serving as Walter Lee’s mother Lena Younger and is the matriarch of the family is actress LaTanya Richardson Jackson. Rehearsals and previews in Chicago began with Diahann Carroll in this role but due to personal time constraints she left the cast and was replaced by Ms. Jackson.

The three act play takes place within the apartment throughout “A Raisin in the Sun” with major conflicts and ideals between mother and son. Their dreams are not entirely materialistic, and the characters connect money to discussions of poverty and race relations within the changing times and of the past decades. Instead, they will have to learn to face the future as directly and strongly without any wasted moments.

The limited-run production of “A Raisin in the Sun” is a 14-week engagement through June 15, 2014. Tickets can be reserved at My Box Office Tickets.