A recent report in the UK entitled “Climate Control: Brainwashing in Schools” has caused a stir with UK Education Secretary Michael Gove stating publicly that school heads are breaking the law if they are teaching an eco-agenda ideology. Meanwhile the Wall Street Journal recently reported that climate change has conquered campus, and no wonder, since environment, climate change and global warming has formed an integrated curriculum (EIC) across most US states (and much of Canada) for the past 16 years, ironically during the same time period global warming stopped naturally, say Friends of Science. 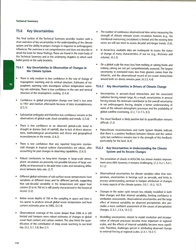 Schools should not teach that a particular political or ideological point of view is right – indeed it is against the law for them to do so.

The Wall Street Journal reported on April 7, 2014 that climate change had conquered American campuses, noting that despite high US unemployment, the well-paying jobs in the +$90,000 salary range in petroleum geology were ignored as students favoured environment and climate change. Days later the Education Secretary of the UK, Michael Gove, denounced the eco-agenda indoctrination in British schools, revealed in a report entitled “Climate control: Brainwashing in Schools,” released April 8, 2014 by the Global Warming Policy Foundation.

In the UK, Gove's statement to the press was reported in the Daily Mail April 10, 2014 that “Schools should not teach that a particular political or ideological point of view is right – indeed it is against the law for them to do so.”

However, in the US and much of Canada, it appears that since 1998 the environment has been used, even mandated, as the theme for an integrated curriculum. This influence has spread to Alberta, Canada and is explained as “...integrated education is good education. In 1998 the U.S. State Education & Environment Roundtable (seer.org), a cooperative initiative of 16 state departments of education, studied schools that teach using the environment as an integrating context.”

Far from ‘integrating,’ the UK "Climate Control" study found that: “In every case of concern, the slant is on scares, on raising fears, followed by the promotion of detailed guidance on how pupils should live, as well as on what they should think."

An examination of the eco-agenda embedded in the curriculum in Alberta, as in the UK, reveals very disturbing indoctrination. Lessons are supported by a myriad of free eco-exercises, provided by groups like UNICEF, Greenpeace, Friends of the Earth, Suzuki Foundation and World Wildlife Fund. A Friends of Science commentary, published by Troy Media April 18, 2014, discusses scientific evidence that is not presented in schools, versus global warming memes.

"In the Alberta curriculum we sampled, fossil fuels are demonized, with no balancing statements of the value of reliable, transportable, economical fossil fuels to our society," says Ken Gregory, director of research for Friends of Science. "There’s even an exercise on how to address and convert a climate change ‘denier.’ This is not objective or scientific education."

Recently in Alberta, Canada oil industry representatives made an effort to help redraft curriculum, presumably to be more balanced. They were widely denounced and a 26,000 signature petition was presented to the Alberta government demanding the oil companies be forced out, as reported by the Calgary Herald April 10, 2014.

A linked unit “Heat Up Over Climate Change” by UNICEF features a Greenpeace video called “Angry Kid.” A malevolent child in a hoodie, accuses adults of destroying his future for not stopping climate change, that he’ll be back and he won’t be cute.

”Global warming stopped naturally in 1998; the same period of 16+ years during which time millions of children have been taught the opposite,” says Gregory. "The Technical Summary pages 114 and 115 of the Intergovernmental Panel on Climate Change released Sept. 27, 2013 show that scientists have low confidence in extreme weather trends; why are teachers telling children the opposite, using terrifying examples?"