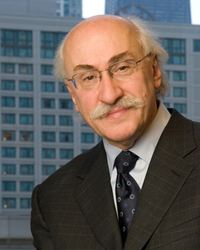 Bank Street’s panel discussion will address the question of how to expand services without sacrificing quality for children from all socioeconomic backgrounds.

On April 23, at 5:00 p.m., Bank Street College of Education in New York City hosts a panel discussion titled Universal Pre-K in New York City: Quality & Equity in the Face of Rapid Expansion. The event is part of the College’s Niemeyer Series, an annual forum focused on contemporary issues in education.

Under the leadership of New York City Mayor Bill de Blasio, the city is in the midst of an aggressive push to provide quality pre-Kindergarten services for every child. Bank Street’s panel discussion will address the question of how to expand services without sacrificing quality for children from all socioeconomic backgrounds.

Moderated by respected early childhood expert Samuel J. Meisels, Ed.D., the panel will feature perspectives from educators and policy leaders who are deeply invested in the success of a citywide pre-K rollout.

Dr. Meisels, formerly president of the Erikson Institute in Chicago, is the founding Executive Director of the Buffett Early Childhood Institute at the University of Nebraska, one of the nation’s leading centers for early childhood research and teacher education. His research focuses on the development of alternative assessment strategies for young children; the impact of standardized tests on children; and developmental screening in early childhood.

The panel features two senior officials from de Blasio’s administration who are leading the mayor’s initiative to expand pre-K services in New York. Richard Buery is the city’s Deputy Mayor for Strategic Policy Initiatives, a new post which oversees the pre-K expansion as well as the creation of 100 new “community schools” in low-income neighborhoods. Josh Wallack, Chief Strategy Officer under Schools Chancellor Carmen Fariña, will join Buery on the panel. In addition to providing strategic guidance to the pre-K effort, Wallack is charged with improving the quality of classroom instruction and support for public schools.

Also serving as a panelist is Regina Gallagher, Head of Early Childhood Programs at Goddard Riverside Head Start. In addition to being an alumna of Bank Street Graduate School of Education, Gallagher is a recognized advocate of high quality, developmentally appropriate public education.

Limited space is reserved for members of the media who wish to attend, and video of the event will be streamed live online at http://www.bankstreet.edu/niemeyer.