Nigerian-born author Chinenye Obiajulu engages the current Immigration Reform Debate with a captivating debut novel about the experiences of a newly married, professionally educated Nigerian couple as they emigrate to Canada and face obstacles adapting to a new culture and workplace. She immerses readers in a love story that depicts family, social, and work life in both Nigeria and Canada and includes a glossary of the Nigerian Igbo language for readers interested in the colorful dialect used by characters. 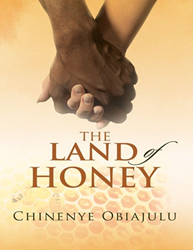 A tale of love, disaster, and redemption as a newly married, professional couple emigrate from Nigeria to Canada and face obstacles fitting into their new world.

Immigration is a sensitive subject, so setting a book around it is tricky, but this is an eye-opening and heartfelt story....readers of literary fiction will love and want to share it. -- Amazon.com reviewers

Total Recall Publications announced today publication of a new novel ‘Land of Honey’ by Nigerian-Canadian debut author Chinenye Obiajulu. Born in Nigeria, awarded an MBA degree in Spain, and employed in the Canadian banking industry, she uses her experiences to portray the struggles of professionally trained immigrants in adapting to a new culture and workplace.

“Immigration Reform is currently being debated in the US, Canada, and the UK, but little desire has been shown to involve new immigrants in solutions,” Obiajulu says. “I want to spread awareness about the true challenges immigrants have to overcome - how immigration affects marriages, families, and careers. And I want to help newcomers see that life in the Western world is not all honey. It can turn sour real quick, but there are ways to fit in, too.”

“Also, the newly-weds in the story are well educated professionals – which is not a picture that comes to mind when people imagine Africa. I want to tell the story of Africa beyond the general stereotypes on TV,” Obiajulu adds.

The story opens in Nigeria. A near-miss armed robbery attack by night makes Zimako decide enough is enough. Even though he and his wife Anuli are successful professionals in Nigeria, they abandon the familiar for safer shores in Edmonton, Canada.

Anuli is a beautiful woman who appears to have it all. Zimako defines himself by his success and sets high goals. In Nigeria, he is well respected in his field. His father is a traditional African chief, and Zimako believes the mark of success is being the protector and breadwinner for his family. Anuli and Zimako love each other almost as much as they love God and agree on almost everything so much that they seem to be telepathic. But loving is easy when the going is good.

The test of their relationship comes when life in Canada throws curveballs their way and their coping skills differ dramatically. Anuli takes a never-say-die approach and is willing to retrain to improve her chances to get a good job. Zimako rigidly stays true to the plans they made in Nigeria to find jobs related to their professions and resents Anuli’s flexibility, seeing it as an affront to his role as head of the family.

Anuli builds a network of dependable friends, and Ryan, a classmate of hers, becomes attracted to her beauty and unassuming intelligence. Anuli is tempted by his generous, affable, and amorous advances, especially when he makes her an offer that’s hard to resist. In his frustration, Zimako has to find ways of taming the demons that confront him. Things come to a head when visit to the doctor reveals a life-changing diagnosis that causes Anuli to reassess her life. Zimako is at a turning point in his own life, too. A chance encounter may turn his luck around, and he has to decide if he and Anuli belong together.

The novel includes a glossary of the Nigerian Igbo language for readers interested in the colorful dialect used by characters.

The Land of Honey by Chinenye Obiajulu is available from Amazon.com, Barnes and Noble, Books-a-Million, and other booksellers in both hardcover and paperback.

Chinenye Obiajulu was born in Lagos, Nigeria and at an early age developed a passion for reading. She attended the University of Nigeria, with a major in Accounting; and qualified as a Chartered Accountant in Nigeria. Afterwards, she obtained her MBA from the University of Navarra (IESE) in Barcelona, Spain. Chinenye has several years of experience working with some of the best banking institutions in Nigeria and Canada. She is married to her hero and they live in Alberta.

TotalRecall Publications Inc. was founded in 1998 by Bruce Moran, a former NASA IT professional who transitioned into computer instruction and educational materials. The company began with the introduction of study guides and Q&A testing software for various computer and financial certification exams and expanded into library and information science textbooks in 2007. Since 2008, the publisher has been developing a fiction product line by debut authors that focuses on mysteries, thrillers, and military action. Additionally, TotalRecall has expanded into general nonfiction and now publishes more than 200 non-fiction and fiction titles, all distributed worldwide through book retailers and wholesalers and via eBook databases such as ebrary, EBSCO, and Books24x7.com. http://www.totalrecallpress.com

Chinenye Obiajulu was born in Nigeria, earned her undergraduate degree in Nigeria and MBA in Spain, and lives with her husband in Alberta, Canada.In her new novel, she uses her experiences as an immigrant and banking professional to portray the cultural, personal, family, and workplace challenges immigrants face as they seek to make a home in a new land.

Igbo-English Glossary: This novel revels in a particular word play with the English language that is a hallmark of Nigerian/Trans-Atlantic fiction and certain words in the Igbo language.To preserve the flavor of the culture, a Glossary has been provided to help readers translate the Igbo words used by characters.