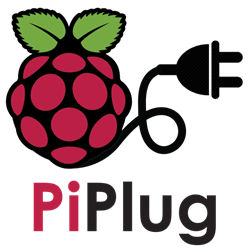 Genuitec, makers of the market leading MyEclipse Integrated Development Environment and Secure Delivery Center technologies, is pleased to offer the Eclipse community its “Internet of Things” PiPlug project. Genuitec’s PiPlug project allows for the simple creation of plugins for Raspberry Pi using Eclipse based technologies. PiPlug is available for immediate download for IoT hobbyists and Eclipse IDE users on GitHub.

The PiPlug project and new community can be found on Github: https://github.com/Genuitec/piplug.

IoT hobbyists and Eclipse users can take a detailed look into the project’s capabilities on the GitHub site, where Genuitec’s session from the IoT Day at EclipseCon North America 2014, “Pimp your Pi with Eclipse For Your Home TV,” has been made available. This recorded session hosted by Tim Webb and Jed Anderson of Genuitec, will show developers how to utilize PiPlug to create apps for your home TV using PiPlug which lets you connect your Raspberry Pi with an Eclipse RCP UI.

“A tangible shift towards the Internet of Things in the Eclipse Community has given us an opportunity to connect with Eclipse developers and IoT tinkerers on another level,” said Tim Webb, director of innovation and strategy for Genuitec. “Our PiPlug project lets us connect our Eclipse developer base with a really cool front-end that lets them simply create apps for their Raspberry Pis.”

Today, the Eclipse community is rapidly embracing the Internet of Things (IoT) as evident in the open source Eclipse platform’s recent focus on making M2M development simpler. More information on IoT platform initiatives at Eclipse, as well as start up tools for IoT development can be found at: http://iot.eclipse.org.

About Genuitec
With year-over-year growth since the company was founded in 1997, Genuitec continues to expand by offering superior products to enterprises at value-driven prices. With a laser focus on desktop, cloud, web and mobile development for the enterprise Java user, its products are used by more than 17,000 global enterprises which include 80 percent of Fortune 500 companies.

Genuitec maintains a vibrant community through its support forums where users engage directly with staff to answer any number of technical needs. Genuitec is constantly evaluating market opportunities for new areas of growth and expansion of it’s current application lifecycle management and mobile tools; in addition, Genuitec has launched a new product in each of the last 5 years. As a fully-distributed and virtual workforce, the company maintains a low overhead, yet attracts the most talented software developers.

Genuitec is based in Flower Mound, Texas and is a founding member of the Eclipse Foundation along with IBM, Intel and HP.