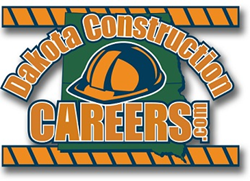 We’re searching for motivated workers who are eager to learn a trade and start a new career.

With one of the lowest unemployment rates in the country, the demand for skilled construction labor is so strong in South Dakota that seven labor groups have joined forces and formed a coalition to find more workers. That coalition announced today their intentions to meet with workers in South Dakota to educate them and engage them in the positive career climate the state offers.

The new “Dakota Construction Careers Campaign” offers participants more than a job. The campaign offers new careers with training, health and retirement benefits and the opportunity to “build a better tomorrow.” Their challenge is to recruit and train new workers to meet the growing demand for labor to build roads, bridges and community infrastructure to accommodate growing populations in both North and South Dakota

After a successful kickoff to the campaign in neighboring North Dakota, the campaign is ready to meet perspective participants in “The Mount Rushmore State.” Four open house events, which will inform candidates about the program will be held at four locations across the state during the month of May.

“We’re searching for motivated workers who are eager to learn a trade and start a new career,” said Business Manager Glen Johnson of Operating Engineers
Local 49. “South Dakota is prime for a push like this. There are so many current and future career opportunities presenting themselves that it is imperative we take action and find people who take pride in their work and want to be rewarded with a better life.”

Johnson says those who join the program can train and develop the specific skill-set relevant to their career, without racking up debt to pay for the training. In fact, participants earn while they learn. For example, Johnson says once heavy equipment operators have completed the apprenticeship program, they can earn up to $50 an hour in wages and benefits.

The open houses are designed to bring information to potential candidates about new careers with training, health and retirement benefits. “We’re collaborating together to educate anybody who will listen about the great benefits and careers we’re offering,” said Johnson. “The workers of South Dakota need to evaluate their current situations.

This state was built on hard work and we believe that there are many hard working men and women out there who want a career that will enable them to live the life they strive to have. We hope to have a huge turnout at each open house event. The need for workers is so strong, that we need to meet with as many hard-working, dedicated workers as we can.”

About the Coalition of Construction Professionals In February 2014, seven building trade groups in the Midwest region came together to address the demand for skilled workers in North and South Dakota. They launched a joint initiative called the “Dakota Construction Careers” jobs campaign. Those involved say this is one of the largest coalitions of building trade groups to ever collaborate on such a campaign. These groups include:

To schedule interviews with these newsmakers; building trades leaders or with their apprentices and journeymen, contact media liaison Robb Leer at 612.701.0608.