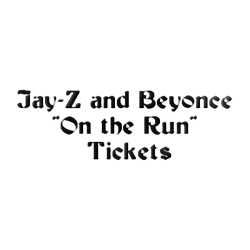 Jay-Z and Beyonce, The King and Queen of hip hop and R&B music, have announced that they will hit the road this spring and summer in the highly anticipated “On the Run” tour. Jay Z and Beyonce announced that they would perform together weeks ago, but this week, announced exactly where they would be playing. The tour will kick off on June 25 in Miami Gardens, Fla. from Sun Life Stadium and is scheduled to run through Aug. 5 with a show in San Francisco, Calif. at AT&T Park. They will play at 16 of the largest stadiums across the United States and Canada and if the tour is anything like their 2014 Grammy Awards performance, fans will be left with plenty to be excited for.

Beyonce first became a household name as a member of Destiny’s Child. The group was originally formed in Houston, Texas, in 1990 and hit in big in the late 1990s. The group went on to release four albums together before splitting up and have since sold more than 60 million records around the world and have constantly made the top 10 lists of greatest trios of all time. Following their split, Beyonce began her solo career and has become the most successful solo artist of any member of the group.

In her first solo venture, Beyonce was extremely successful, winning five Grammy Awards, selling more than 11 million copies and getting two No. 1 singles, “Crazy in Love,” and “Baby Boy.” She now has five solo releases, which has sold more than 32 million copies around the world. Fans of Beyonce will want to hear many of her older songs like “Naughty Girl,” “Irreplaceable,” and “Single Ladies (Put a Ring On It),” as well as some of her recent releases including “Drunk in Love,” a song she and Jay Z performed together at the Grammy Awards earlier this year.

Jay Z is one of the most popular rappers of all time and is considered by many to be one of the best. He got his start in the music business in 1988 and got his first big break in 1998 with the release of Vol. 2… Hard Knock Life. This album saw one of his most popular singles in “Hard Knock Life (Ghetto Anthem),” and he would also release other popular singles including “Can I Get A…,” featuring Amil and Ja Rule, “Empire State of Mind,” “Holy Grail,” and “Run This Town.”

The “On the Run” tour will take the power couple to many of the biggest and most popular venues on the continent including the Rogers Centre in Toronto, Ontario, Canada, Mercedes-Benz Stadium in New Orleans, La.; Met Life Stadium in East Rutherford, N.J.; AT&T Stadium in Arlington, Texas; Soldier Field in Chicago, Ill.; Gillette Stadium in Foxborough, Mass.; and Citizens Bank Park in Philadelphia, Pa. These are all facilities that can seat a large number of fans and will need every available seat for these two superstars.

Ticket Down delivers tickets to sold out concerts and events worldwide when no one else can, and they do so at discounted prices. This popular ticket exchange also has discounted Jay-Z and Beyonce tickets for all tour dates. Add promo/coupon code JAY-Z-BEYONCE-2014 for added savings on any ticket order.

Check out our discount codes online for all upcoming events. Ticket Down has low overheads, which allow this well-known ticket site to keep prices competitive.