Surprising Hang-ups of a Follower - PsychTests.com Study Reveals That Employees Who Are Followers Can Be Difficult To Coach

Despite their desire to be led rather than to lead, research by PsychTests reveals that employees who are followers are less amenable to coaching, compared to those who simply prefer to lead, and those who can alternate between leading and following. 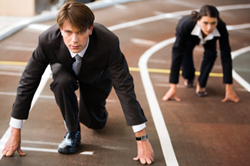 Among leaders, followers, and those who are good at both, it is the followers who are the least coachable.

When you offer coaching or training to Followers, they may take it as an indication that something is wrong and that’s why they need help.

There is a lot of talk on the web about leadership. Googling “leadership development” yields more than half a billion results with articles such as “The # 1 reason leaders fail,” “Top 5 skills of successful leaders,” and “10 biggest challenges of today’s leaders.”

But what about followers? Google “follower development“ and you will find very little; the information out there on the latter topic is focused on how leadership impacts followers.

It may almost seem old-fashioned to be a follower in a culture of deified leaders, but the truth is, it takes many more followers than leaders for an organization to perform. Companies need employees who will get work done as expected and carry out assignments or orders to the best of their ability. Research from PsychTests reveals a surprising twist regarding seemingly compliant employees, however.

In their analyses of data collected for their Coachability Test, researchers at PsychTests compared people who prefer to lead (Leaders), to those who prefer to follow (Followers), and those who are comfortable both leading and following, depending on the situation (Adapters).

In general, the overall coachability scores were fairly high, indicating that most people are quite open to coaching. However, among the three identified groups, it was the Followers who were the least willing to be coached while the Adapters were the most open.

Here are some of the most notable results of the PsychTests study (scores are reported on a scale from 0 to 100):

The question is, why would followers find it harder to accept coaching, given that it is to their benefit?

“The answer lies in their perspective - what coaching means to them,” explains Dr. Jerabek, president of PsychTests. “Followers seem to have a bit of a self-confidence issue. Being criticized makes them feel weak, incompetent, or incapable; they feel a little insecure about their job and they simply get scared when they have to admit a mistake or a weakness. When you offer coaching or training to Followers, they may take it as an indication that something is wrong and that’s why they need help. The Adapters, on the other hand, see coaching as an opportunity. They recognize that in the long-run, it helps them to become better employees and better people.”

So while most followers want to learn, grow, and improve, PsychTests’ statistics indicate that they have yet to reach the level of openness and willingness that the Adapters show. For example:

“Given that most followers are in fact fairly open to learning and improvement, I think it boils down to one major point: Insecurity,” explains Dr. Jerabek. “They know that their manager’s desire to coach them is actually a good thing, but they still see it as ‘I’m not good enough.’ This can result in discomfort or even resentment in response to coaching attempts. Help them overcome the insecurity, help them recognize that you’re doing it because you see their potential, and you’ll get a totally different attitude - not only to coaching but also to their job in general. So if you want to develop your followers, make sure they understand that your company wants to invest in them because they are worth it, that it is an opportunity rather than punishment.”

“It is clear, however, that hiring Adapters - employees who are able to be a leader and a follower - is an advantage,” concludes Dr. Jerabek. “They have the best of both worlds, and most importantly, are open to learning, to improvement, to direction, and to feedback. When the time is right, they also make the best leaders. Companies need this type of versatility.”

Want to assess your level of coachability? Go to http://testyourself.psychtests.com/testid/3478

Professional users of this assessment (HR professionals, therapists, coaches and consultants) can request a free demo of this or any other tests from ARCH Profile’s extensive battery: http://hrtests.archprofile.com/testdrive_gen_1.

The “followers” in a company may take orders, but they don’t take to coaching as easily.Among leaders, followers, and those who are good at both, it is the followers who are the least coachable.