The world's largest manufacturer of conveyor belts for food processing and industrial use more than doubles sales growth in Europe and expands markets with new representatives. 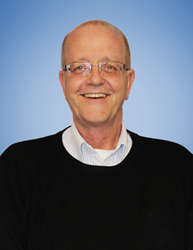 "Our European Q1 sales have more than doubled over the same period in 2013," said Marcel Kloesmeijer, CES International Sales Director in Europe."

Cambridge Engineered Solutions (CES), the world’s largest metal conveyor belt manufacturer, has added two representatives to support its business growth in European markets. FoodBelts B.V. will be Cambridge’s exclusive representative in the Bénélux countries as well as Poland and the Baltics, and Samim Albijat will represent the company in France. CES now has four representatives in Europe and 17 outside the United States.

Erik and Kevin Boesenkool, the father and son team at FoodBelts B.V., a Dutch company, have offered conveyor belts to European companies and beyond for many years. Most active in the food industry, the company also has deep relationships with companies in other business categories that rely on belts. FoodBelts is already promoting and selling Cambridge’s premium metal belts, and first orders are being delivered to Europe in May.

Samim Albijat will focus exclusively on selling to end-users in France, where he has sold belts since 2001. In addition to his sales expertise, Albijat has a PhD in metallurgy from France’s École Nationale Supérieure des Mines de Nancy that will be a valuable asset to Cambridge clients in France. He also has 15 years of experience as a development and business manager in the nuclear and aerospace industries.

“Europe has always been a strong market for Cambridge belts but the opportunity to expand both within and beyond our core countries is an important step in our international growth plan,” said Marcel Kloesmeijer, CES International Sales Director in Europe. “Our European Q1 sales have more than doubled over the same period in 2013, and we anticipate steady growth throughout the year. What sets us apart from others doing business in the European market is our unique ability to combine a superior product with customized service, tailored consultation and problem-solving from a team that now includes Erik, Kevin and Samim’s expertise and experience.”

Cambridge belt products include the new DuraFlex Edge®, the next generation of Cambridge’s strongest, open belt that now includes a new and improved clinched edge to promote strength and durability and dramatically reduce breakage and down time.