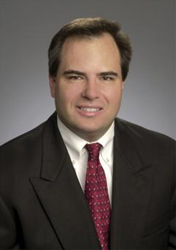 This laughably misleading report is the predictable result when hard-core environmental activists are chosen to write up a climate assessment for, and subject to the approval and revisions of, the Obama administration.

The following statements from climate policy experts at The Heartland Institute – a free-market think tank – may be used for attribution. For more comments, refer to the contact information below. To book a Heartland guest on your program, please contact Director of Communications Jim Lakely at jlakely(at)heartland(dot)org and 312/377-4000 or (cell) 312/731-9364.

“This laughably misleading report is the predictable result when hard-core environmental activists are chosen to write up a climate assessment for, and subject to the approval and revisions of, the Obama administration. It is like the punch line to a bad joke: "How many environmental activists does it take to put together an alarmist global warming report?"

“Leading authors of this report include staffers for activist groups like the Union of Concerned Scientists, Planet Forward, The Nature Conservancy, and Second Nature. Few objective climate experts will take this report seriously. Even those scientists who are not overtly affiliated with environmental activist groups were almost uniformly on the record as global warming alarmists before being chosen to write this report. The only real surprise in the report is it didn’t take the opportunity to trumpet the Union of Concerned Scientists’ call for U.S. unilateral nuclear disarmament.

“The Obama administration’s climate report comes at a time when numerous polls demonstrate that climate change is a low priority for most Americans. A Wall Street Journal/NBC poll in January found climate change ranked last on a list of l5 issues when people were asked what the administration should make its priorities.

“What a different nation America could be were it not for Obama’s deliberate attack on the coal industry and other fossil fuels sources. In the name of reducing emissions climatologists believe play a minor role in climate change, Obama deliberately ignores the increasing use of coal in nations like China, Japan, and India. Nothing the U.S. does will impact the climate when the use of fossil fuels by other nations is factored in.”