CIT University Set to Launch Their Masters Degree in Sports Management Ahead of Schedule in 2014. 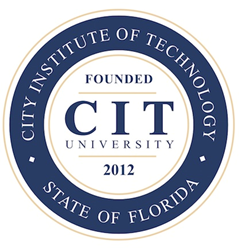 Our goal is to provide a 21st Century educational platform for all students to leave our degree programs debt free and with a career waiting for them at one of our professional sports teams.

CIT University, a division of Oxford City (OTCQB:OXFC), will roll out their highly anticipated Masters Degree in Sports Management in 2014. This degree program will be one of the most affordable degree programs in the world, priced at $9,900.

When many of the academic programs around the world are priced very high combined with low graduate placement in the workforce, CIT University plans to change this statistic. Throughout the 10 course Masters Degree Program, students will work on a Masters Capstone Project with a mentor in professional sports. The students Capstone Project will be implemented in one of Oxford City’s six professional sports teams around the world. Within CIT University's Think Tank the students will be able to keep 50% of the net profit on their Masters Degree Capstone Project that is generated. CIT University’s vision is to provide the practical experiences and opportunities to students.

CEO Thomas Anthony Guerriero stated, “Our goal is to provide a 21st Century educational platform for all students to leave our degree programs debt free and with a career waiting for them at one of our professional sports teams.”

The Second Portfolio (OXFC Academic Portfolio)
The OXFC Academic Portfolio owns a diversified portfolio of academic institutions. OXFC owns Oxford City Sports College in Oxford and CIT University in the United States, which expects to have its first brick and mortar campus in the United States in South Florida in the near future to strategically put the University in a tremendous position for the future.

The Third Portfolio (OXFC Media & Entertainment Portfolio)
The OXFC Media & Entertainment Portfolio owns a diversified portfolio of media & entertainment companies. OXFC owns Oxford City Broadcasting Network (http://www.oxfordcitybroadcasting.com), which is broadcasted on 740AM in Florida that reaches from Miami, Florida to Jupiter, Florida. OXFC has acquired 1882.tv, which will become the global television platform for the company and their interests. Oxford City's 24 hour television programming which will broadcasted around the world will feature the live radio show "The Oxford City Financial Report", cover all of Oxford City's professional sports teams, and provide continuously programming.

Oxford City (OXFC) is led by their CEO Thomas Anthony Guerriero. Mr. Guerriero holds a Masters Degree from Harvard University, holds two Graduate Certificates from Boston University & University of Notre Dame, and has two BA degrees from Fairleigh Dickinson University & Thomas Edison State. He has held several professional licenses over the course of his career Series 7, Series 63, Series 66, Series 24 licenses. Always looking for a challenge Mr. Guerriero is a former professional soccer player, climbed two of the seven summits, been featured in a major motion picture with Oliver Stone, and been featured on television around the world. He is a published author, diplomatic advisor on economic and fiscal policy, is known for being one of the most influential and powerful entrepreneurs in the world today.

Mr. Guerriero was the youngest Senior Vice President at First Union in their 90 year history. As one of the leaders at First Union he established his reputation for being one of the most driven individuals ever to hit Wall Street, known for his relentless work ethic, accompanied with the ability to execute tremendous achievements both individual and with his executive team. His efforts contributed significantly towards First Union's assets eclipsing $400 Billion, leading towards their acquisition by Wachovia in the biggest banking acquisition in banking history at the time.

After First Union Mr. Guerriero was highly recruited by some of the largest firms in the world due to his expertise. Ultimately he made history by accepting the position of CEO of TAA, making him one of the youngest ever to lead a member firm. Implementing his expertise in Economics and Finance he was able to lead TAA to being acquired by High Point Capital, taking part in the second successful acquisition in his career.

Guerriero a renowned published author with "How to Understand and Master the Stock Market", "How to Understand And Master Securities Laws & Regulations", "Plan For Crisis", and "Military Involvement and Trade Treaties: Exploring the Differences in Military Involvement of the United States in Foreign Countries, Post-Trade Treaty" took this expertise to the helm of Global Wealth, accepting the position of CEO. Again for the third time in his career he was successful in growing this company to have a global presence having offices domestically throughout the US and around the world. This led to Global Wealth eventually being acquired, proving his unique methodologies in growing organizations are tremendous.

A former professional athlete himself, Guerriero has always had the passion to become an owner of a professional sports team. This passion led him to becoming the owner with his partner Mike Savitt of the Springfield Armor of the NBA D League (Brooklyn Nets Affiliate). In his first season as owner they had the biggest turn around in the history of the NBA D League and eventually winning the Eastern Conference Championship for the first time in their history. This success made his vision even more clear on the aspirations to achieve something unique in professional sports and in business. This vision was to create a portfolio of the two core foundational interests he had, Sports & Education. This is the seed that has grown into the diversified holding company known as Oxford City.

Safe Harbor
This press release contains forward-looking statements within the meaning of Section 27A of the Securities Act of 1933, as amended, and section 21B of the Securities and Exchange Act of 1934, as amended. Readers are cautioned not place undue reliance on these forward-looking statements, which are only predictions and only speak as of the date hereof. Forward-looking statements usually contain the words "estimate," "anticipate," "believe," "plan," "expect," or similar expressions and are subject to numerous known and unknown risks and uncertainties. These risks and uncertainties could cause the Company's actual results to differ materially those indicated in the forward-looking statements. Investors are encouraged to carefully review regulatory filings prior to investment consideration. Past performance is no guarantee of future success or that there cannot be losses or business interruption. The Company is in a rapid growth sector that may or may not continue to grow in the future and therefore poses risks that may be different than other investments. Management regularly provides news and additional information believed to be true and accurate at the time of dissemination but has no requirement to modify, comment or change in the future should circumstance change or information prove to be inaccurate for any reason. Additionally, the Company makes every effort to comply with all applicable laws. The definitive agreement associated with this acquisition has not been signed and is subject to a shareholder vote.