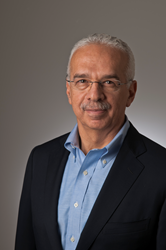 Dr. Michael Greenberg, Chairman of Fio Corporation spoke at WIRED Health in London, UK. He said the key to gathering better data for healthcare decisions is to help healthcare workers do their jobs.

'This remarkable data... is here because it automatically flows from regular health workers, doing their routine job,' said Dr. Greenberg.

In a video just released by WIRED UK, Fio Corporation Chairman and CEO Michael Greenberg said that lack of timely, precise metrics associated with the trillions of dollars spent annually in decentralized healthcare delivery makes waste inevitable and literally incalculable: “Show me a system with poor feedback and I'll show you tons of waste,” he said at the inaugural WIRED Health event in London, UK.

Healthcare IT systems — complex, massive, top-down, infrastructure-heavy systems — exist mostly in centralized facilities, such as hospitals and medical centers. However, the vast majority of patients are seen and the vast majority of money is spent in decentralized settings, Dr. Greenberg explained, such as clinics, health posts, and offices, from which only minuscule data is captured. The reason comes down to health workers: if they don't capture the data, no-one gets the data; but their job is to deliver care, not capture data.

Fio gives health workers a device that helps them do what they're supposed to do, and what they want to do — deliver better care, said Dr. Greenberg. Once integrated into workflow to deliver care, that same device automates and streamlines the “bottom-up” capture of valuable data.

Using any mobile-phone network, the device automatically and securely uploads the data to a cloud database, which authorized stakeholders can access via secure web portals.

"When you link automated and streamlined data capture to clinical diagnostic devices you get a Niagara of data," Dr. Greenberg told WIRED Health attendees. “This remarkable data... is here because it automatically flows from regular health workers, doing their routine job.”

Fio delivers these information services via a subscription business model, based on what mobile network operators and software-as-a-service providers have successfully deployed in nearly every economy worldwide.

Fio is the first mover to automate the capture of accurate, large-scale data directly from point of care and supply it to managers, funders, suppliers, administrators, and stakeholders anywhere in the world within minutes. Fio’s solution, Fionet™, connects ground truth directly to planning, execution, and evaluation.

Integrating mobile smart diagnostic devices with cloud information services, Fio simultaneously meets the needs for remote tracking and on-the-spot care. Operating at the nexus of data and the decentralization of care and testing, Fionet generates accurate, complete, timely data for all interconnected stakeholders, while at the same time improving the quality of care provided by individual health workers to individual patients.

About Fio Chairman and CEO, Michael M. Greenberg, MD
Prior to founding Fio Corporation, Michael was Chairman and CEO of Cedara, which he grew from a start-up to a global leader. Michael pioneered and brought to market a medical imaging software platform that became the leading common middleware layer, integrated into MRI, CT, nuclear medicine, PET, and digital X-ray diagnostic equipment made by the world’s most powerful medical equipment manufacturers. He pioneered the Viewing Wand™, establishing the global market for image-guided surgery systems. Under his leadership, Cedara also developed 3D imaging technology and physicians’ viewers, which Diagnostic Imaging consistently rated best-in-class. The company won multiple business awards, including the Canada Export Award and the Canada Innovation Award.

Michael advised numerous other innovative companies in cardiology, orthopedics, dialysis, and nuclear pharmaceuticals, in all cases helping to get them from prototype to commercialization.

Michael trained in neurosurgery, and devoted his career to developing and commercializing technological innovation in health care.