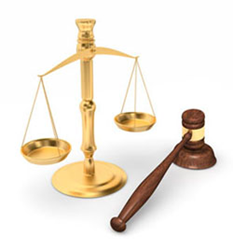 Pelvic mesh is a form of surgical mesh used specifically for repair of the pelvic area to remedy pelvic organ prolapse. Pelvic organ prolapse is a health condition that is not uncommon for women of advanced age, particularly after childbirth. The pelvic mesh is inserted into the pelvic muscles in order to add strength and stability to otherwise sagging muscles and organs. Due to a likelihood of eroding into nearby tissues or migrating from the location where it was inserted, pelvic mesh has been found to cause serious and permanent internal damage, significant pain, urinary incontinence, and repeated cases of pelvic organ prolapse. Women who experience pelvic mesh problems may be forced to undergo one or more repair surgeries.

Doctors and federal regulators alike caution that the use of pelvic mesh may not offer clear benefits over other methods of pelvic organ prolapse repair. In a pelvic mesh FDA Safety Communication in 2011**, the federal agency warned that, “it is not clear that transvaginal POP repair with mesh is more effective than traditional non-mesh repair in all patients with POP and it may expose patients to greater risk”. Furthermore, in opposition to a prior statement, regulators warned “that serious complications associated with surgical mesh for transvaginal repair of POP are not rare.”