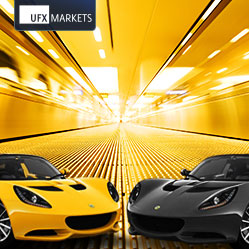 There’s no better feeling than rewarding Traders for trades they were going to make anyway, says Dennis de Jong, Managing Director at UFXMarkets.

Six UFXMarkets Traders have won places at Mike Tindall’s Second Annual Celebrity Golf Classic which takes place on Monday. The winners can look forward to a full day of celebrity golf and entertainment at the luxury Celtic Manor Resort and Spa with Mike Tindall and friends.

The exclusive prize was part of the Mike Tindall Trading Competition run by UFXMarkets this spring, where Traders were asked to progress through rounds of golf, with every trading position opened worth a hole on their personal scorecard.

“There’s no better feeling than rewarding Traders for trades they were going to make anyway,” says Dennis de Jong, Managing Director at UFXMarkets. “As the competition reached its final stages, we were amazed to see a race-to-the-finish that saw one Trader accelerate to the top of the leaderboard from out of nowhere.”

Going by the nickname RONJOHN, the first winner completed more than five rounds by trading online, although RONJOHN is only one of six winners that will complete two celebrity golf teams on the Twenty Ten Ryder Cup course at Celtic Manor. Two more Traders won thanks to their leaderboard placing, and another three Traders were selected by raffle.

As one contest reached its exciting conclusion, UFXMarkets launched a competition to win an Aspen White Lotus Elise sports car that will run to the end of May. Enter the UFXMarkets Lotus Elise Trading Competition today for your chance to win.

Since its establishment in 2007, UFXMarkets has become one of the world’s leading online Forex brokers and investment networks, specializing in trading commodities, currencies, CFDs and indices. A Cyprus Investment Firm licensed and regulated by CySEC and a member of the European Union Securities and Exchange Commission, UFXMarkets guides traders with a wealth of financial resources and a professional team of financial experts with a combined 50 years of Forex experience.